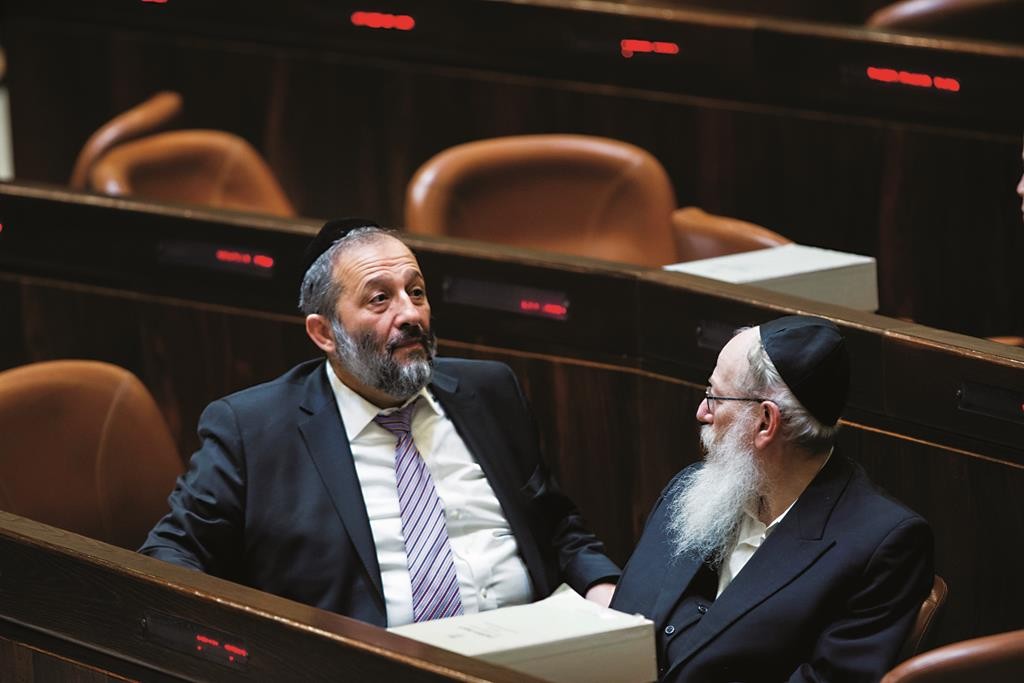 Chareidi parties United Torah Judaism and Shas have declared that they will not join a government led by Benny Gantz, at least if it includes Yair Lapid – an unlikely scenario, given that Lapid is currently number-two in the party, and is slated to become prime minister two and a half years after the government is formed. And a new poll shows that chareidi voters overwhelmingly agree with that stance; 85.9 percent said they wanted to see Binyamin Netanyahu as prime minister, with only 6.7 percent preferring Gantz.

The poll was taken by the Kav Itonut organization, which publishes numerous newspapers and magazines that cater to the observant and chareidi population. As such, the organization said, it is aware of the difficulties of conducting such polls in the chareidi community, where community and family pressures have a strong impact on how individuals vote. According to the organization, this is the first in-depth poll of chareidi voting preferences that goes beyond presenting specific party choices for voters. The organization said that its sample of 500 individuals was scientifically determined as representative of chareidi voters.

When asked whom they would prefer to see as prime minister if Netanyahu is forced to step down or quit the campaign in light of the indictments likely to be filed against him, 44.8 percent chose Gideon Sa’ar as a worthy replacement for Netanyahu. Far behind in second place is Knesset speaker Yuli Edelstein, whom 16.8 percent said should replace Netanyahu if need be. Former Yerushalayim Mayor Nir Barkat came in third with 11.2 percent, while Transportation Minister Yisrael Katz came in fourth, preferred by 9 percent of voters.