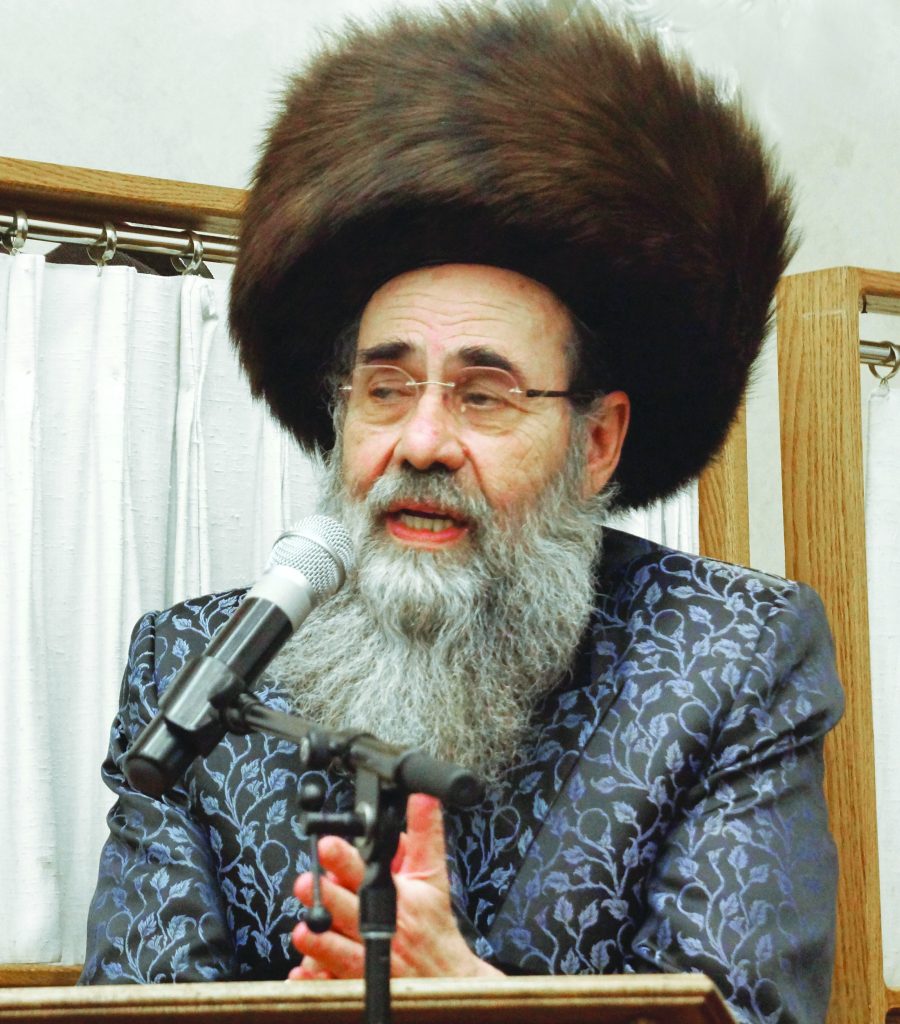 Master of ceremonies and Rosh Hakahal Alan Stern thanked all the supporters and members of the shul attending the melaveh malkah. Although not a Rebbe or a Rav himself, Reb Alan delivered the night’s dvar Torah and extended brachos “tzu alle Yidden, a terrific year for everyone with refuos, yeshuos and parnassah, and may we always come together for such events.”

A pleasant treat was the Etz Chaim’s amazing singing kinderlach, who, under the direction of choirmaster Rabbi Doron Jacobius and the powerful and melodious singing of Shaya Berko, delighted the olam.

The last to speak was the Rav, Harav Chaim Boruch Rubin, who thanked one and all, again, including the shul president, Mr. Alan Stern.

There was a special yeyasher kochacha to Reb Shmaya Mandelbaum for the multitude of shul tasks that he has taken the responsibility to perform. Rav Rubin, in reflecting on the history of the shul and the Yidden of Los Angeles, related an experience that happened to him many years ago, in a community deprived of many Chassidim. The Rav was walking to shul on a Shabbos, dressed in his Shabbos finery, shtreimel and kapote. Generally non-Jewish passersby would shout out, “Hey, man, where did you get that hat?”

On one occasion as he was passing a woman with her young daughter, the woman stopped to reprimand the Rav for his dress and the negative reaction it would generate from the non-Jews in the neighborhood.

The daughter looked up at her mother and said, “Mommy, you don’t understand! The Rabbi is carrying on the tradition of your father.” When I heard that, said Rav Rubin, “I realized that we were accomplishing what we set out to do.”

It is well known that Harav Chaim Boruch Rubin and his shul have been a magnet in the Los Angeles community, drawing all types of Yidden to daven in the shul or just participate in events and shul simchos.

This outpouring of participation can be credited to the warm and inviting personality of the Rav and Rebbetzin that brings many near from far and wide.