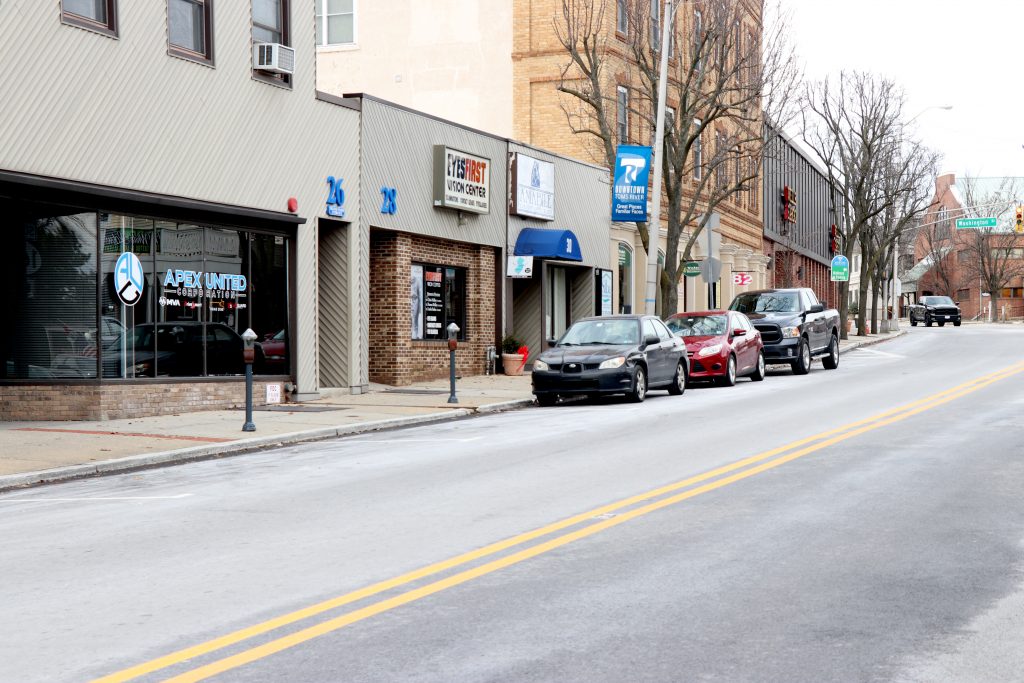 Despite calls from local leaders and an international group, the Toms River Town Council has said that it will make a broad statement condemning prejudice but will not call out by name Rise Up Ocean County (RUOC), a group that has been widely labeled as anti-Semitic.

Last week, The Board of Chosen Freeholders, the five-member board that governs Ocean County, adopted a resolution drafted by the Simon Wiesenthal Center (SWC) calling out RUOC as promoting “vicious and virulent anti-Semitism.”

Toms River has been asked by communal advocates in neighboring Lakewood and by SWC, which has taken a leading role in the matter, to follow the Freeholders lead. The meeting where council members were due to take up the matter was scheduled for Tuesday evening, but as of Hamodia’s press time, a township spokeswoman and several council members stated publicly that they do not intend to refer to RUOC by name in the resolution they plan to vote on.

The council’s public statements did not discourage SWC from organizing a press conference of activists, elected officials and clergy of multiple faiths prior to the meeting, planning to have several voices calling on the council to adopt the same resolution as the Freeholders did last week.

SWC’s plans closely mirror a press conference held two weeks ago before a meeting of Jackson’s town council. That attempt, too, was not fully successful, as the council’s president read a statement that made a general condemnation of “hate,” but did not name RUOC.

Toms River council member Maurice Hill told the Asbury Park Press that they had been advised by the town’s attorney to avoid mention of the group, citing concerns over “First Amendment rights.”

It is not clear what rights were seen as threatened by the resolution, as SWC’s text does not call for any action to shut down RUOC, but is, rather, a clear expression of disapproval.

A request for clarification of the council’s position from Hamodia was not answered.

RUOC, which functions largely online and through social media, drew broad attention late last month with the release of a series of video clips that paint the growth of the Orthodox community in and around Lakewood in a
negative light.

What many found particularly offensive was the adaptation of a well-known Holocaust poem. The RUOC adaptation placed the Orthodox community in the role of the Nazis and painted the local non-Jewish Ocean County residents as the victims.

Its social media presence has drawn ire as well. A recent dossier compiled by an anonymous watchdog resulted in a 33-page report on what it presents as the group’s overtly anti-Semitic comments. RUOC’s message is often accompanied by a vague call to action, telling Ocean County residents to “rise up.”

What has been called out as a red flag by many local leaders, including the Freeholders, was the anonymity of RUOC’s leadership.

“There is no room anywhere in Ocean County for any type of intolerance,” Virginia E. Haines, who serves as the director of the board, told Hamodia. “This Board denounces the actions of any organization, group or individual that acts with bias against any part of our population. We do not tolerate any hateful speech or actions of any kind. We need to reject discrimination. We need to reject anti-Semitism.”

Several Freeholders emphasized that, while challenges related to the exponential growth in and around Lakewood can and should be addressed, RUOC’s tactics are an unacceptable means of doing so. The resolution they approved clearly labels the group as “anti-Semitic,” and says it is engaged in “hate speech.”

Michael Cohen, SWC’s East Coast Director, who has organized press conferences and much of the negotiations with local elected officials, said that, despite Toms River’s officials’ public statements, he remained committed to the importance of the town passing the same resolution as adopted by the Freeholders.

“The necessary language includes specifically identifying and calling out Rise Up Ocean County by name, and condemning their specific anti-Semitic actions in the distribution of Holocaust imagery distortion, and unauthorized usage of Orthodox children being video recorded for their advocacy purposes,” he told Hamodia. “Saying anything less is simply giving a pass to overt anti-Semitism.”