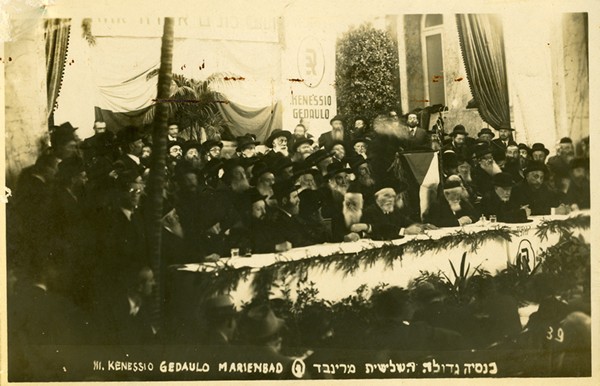 Using force is very important in the path to victory over terror, Binyamin Netanyahu said on American media a few hours after the 9/11 terrorist attacks: “There are three W principles when it comes to mitigating terror: Winning, winning and winning.” He was there as a Middle East expert, as someone who had lost a brother in Operation Entebbe and who had fought in Israel’s wars.

It is therefore not for naught that PM Netanyahu was deeply offended last week when his primary rival, former Chief of General Staff Benny Gantz, presented him as a bleeding-heart American who didn’t get his hands dirty or risk his life in battle. It was one insult too many for someone who perceives himself as an Israeli patriot who came back from the United States to participate in the Yom Kippur War and who sustained a bullet injury during the Sabena rescue operation.

Binyamin Netanyahu is undoubtedly the most experienced and skilled politician in Israel. He has made tremendous inroads both in Israel and in America. The “King Bibi” program aired about him tries to tell his story as that of a Zionistic youth who dreamed of ruling Israel and the steps he took with tenacity and skill in order to get to where he is today.
But his Zionism is not our Zionism, that of the chareidim.

At the Third Knessiah Gedolah in Marienbad, Czechoslovakia, in 5697/1937, the question of the approach to the establishment of a Jewish state in Eretz Yisrael was addressed. The entire world was in an uproar about the Peale Commission’s Partition Plan, and the Knessiah Gedolah then issued a clear statement: We must not concede the borders of Eretz Yisrael. It was daas Torah and not empty ideology of Zionism purely for the sake of Zionism.

It can be said with caution that Agudas Yisrael was not on the right side of the political map; it was not in favor of pure nationalism, and it also did not promote not making peace with our neighbors. Those are not the principles that guided them. What guided Gedolei Yisrael was the sincere concern for the nation that dwelled in Tzion and preserving the sanctity of Eretz Yisrael, no less than preserving the land of Eretz Yisrael. Agudas Yisrael was never on the nationalistic side; it always sided in favor of a Torah outlook.

The question of whether the chareidim would sit in a Netanyahu or Gantz government is not dependent specifically on returning territory. There were right-wing governments in the past that gave back territory, and there were centrist governments that were benevolent to Torah scholars. The question in principle will be who is best for the chareidim, or who is the least bad option for the bnei yeshivah.

However, the pictures that emerged from Likud primaries are not at all encouraging. It disturbs — or more accurately it pains — every chareidi Jew to see those Jews who look like us in every way, dressing like chareidim, yet registering for secular parties, mingling there and working for one candidate or another.

Gedolei Yisrael from earlier generations literally gave their lifeblood to establish a chareidi platform of Jewish values based on emunah, to give a Jewish and humane response to all problems of the times. The goal of the party was to come up with solutions in the face of the dangers, and to serve as a human shield against all those who seek our detriment. The chareidi parties are like a barrier to trouble, warding off those who seek to harm the Torah world.

In this last term, repeated efforts were made to undermine the character of the Torah world and Jewish values such as Shabbos observance, and the like. Only a worthy chareidi representation can stand in the face of the constant breaches. So why go seek there, among the immodest, the Shabbos desecrators and those who eat treif?! At the crucial moments, at a time of trouble for the Torah world and yeshivos, will they stand at our side or will they ignore us — or even worse, will they instigate against us?!

Netanyahu might be motivated by the triple W, but a chareidi Jew has a triple T, which he can never forget and that is: Torah, Torah, Torah.