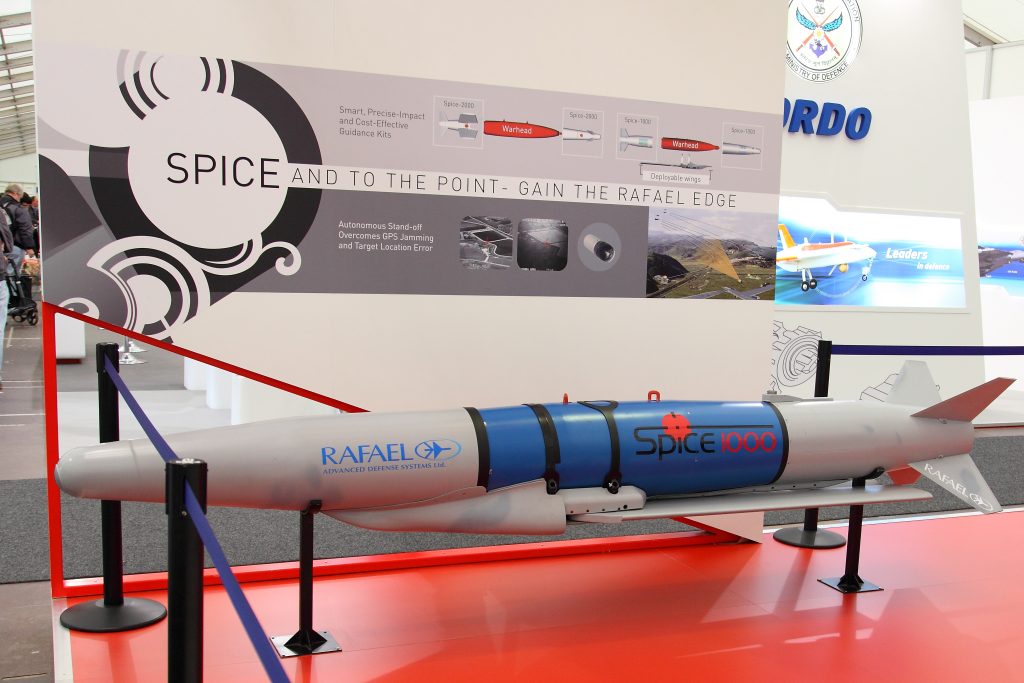 Israeli-made smart bombs were used in an airstrike by India on a jihadist camp deep inside Pakistan on Tuesday, according to an Indian news source.

The raid was in retaliation for a suicide bombing in India-controlled Kashmir on February 14 that killed 40 Indian soldiers.

An Indian foreign ministry official claimed the strike in the town of Balakot killed “a very large number” of fighters of Jaish-e-Mohammad (JeM) terrorists that India alleged were preparing more suicide attacks on India.

The weapons were identified as being of the SPICE 2000 type, 2,200-pound air-to-ground, precision-guided bombs, launched by Indian Mirage fighter jets, the Indian news website The Week reported.

SPICE (an acronym for Smart, Precise Impact, Cost-Effective) was developed by the government-owned Rafael Advanced Defense Systems, and has been used by the Israeli air force in operations over Syria.

It can be fired up to 65 miles from the target, and uses GPS technology and on-board cameras to ensure a high level of accuracy.