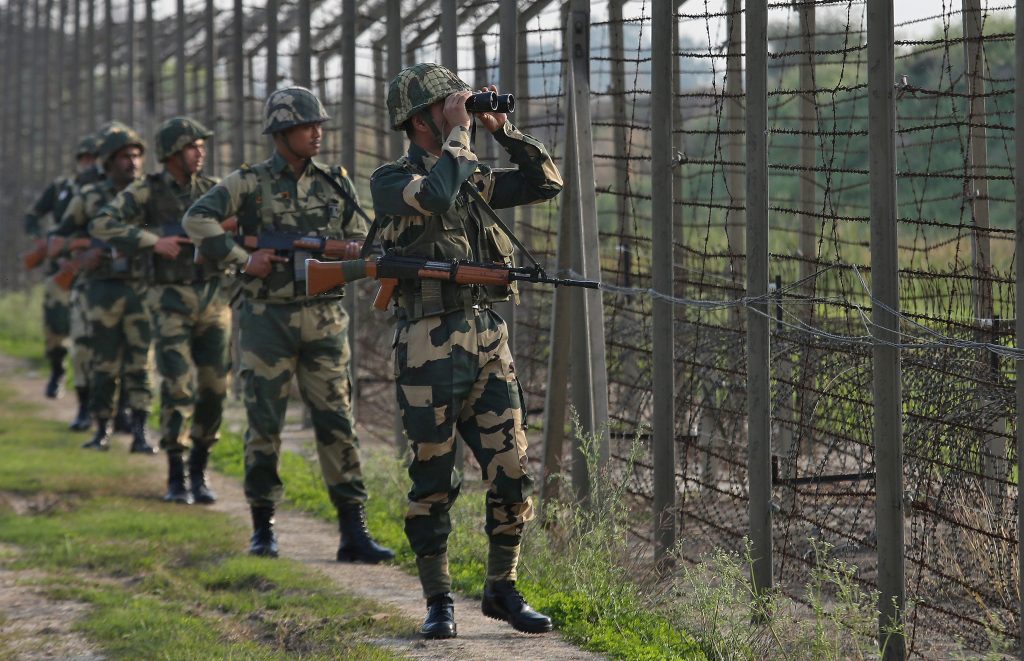 An airstrike launched by India on a target within Pakistan marks the most serious escalation in hostilities between the two nuclear-armed neighbors in decades and risks triggering a cycle of retaliation.

Early Tuesday, India sent fighter jets across the Line of Control, the unofficial frontier that divides Kashmir between India and Pakistan, for the first time since 1971. The planes dropped bombs outside the town of Balakot, about 40 miles into Pakistani territory.

Pakistan said the strike hit an unpopulated wooded area, but India said the location was the site of a training camp used by Jaish-e-Muhammad, a Pakistan-based terrorist group that is designated as a terrorist organization by the United States.

Jaish-e-Muhammad claimed responsibility for an attack on Feb. 14 that killed 40 Indian paramilitary police in Kashmir. The attack was the deadliest in three decades of insurgency against Indian rule, and Indian Prime Minister Narendra Modi had vowed to respond.

In the wake of Tuesday’s strike, Pakistani Prime Minister Imran Khan called an emergency meeting of top security and government officials. “India has committed uncalled-for aggression to which Pakistan shall respond at the time and place of its choosing,” the group said in a statement released after the meeting.

It remains unclear whether the current clash will intensify. India emphasized that it had not struck any Pakistani military targets and called the strike a “preemptive action” specifically aimed at countering Jaish-e-Muhammad.

India’s strike reflects its deep frustration with its neighbor, which it has accused of sheltering and sponsoring terrorists, something Pakistan denies. The operation also comes just weeks before national elections in India where Modi — a hawk on matters of national security — will seek a second term.

The relationship between the two rivals is nearly always tense. India and Pakistan often trade artillery fire across the Line of Control in Kashmir, the Himalayan region they both claim. India also says that it has carried out commando raids just over the frontier, most recently in 2016.

But India has not launched fighter jets across the Line of Control since it fought a war with its neighbor in 1971, experts said. The last time tensions were this high between the two countries was in 1999, when they clashed in a brief but intense conflict on a high-altitude battleground in the Kargil area of Kashmir.

For India, Tuesday’s strike represents “a significant departure from an earlier kind of restraint,” said C. Uday Bhaskar, a security expert and former Indian naval officer. The use of air power in a cross-border operation means that India is prepared to risk “possible escalation” by Pakistan.

So far, the United States has backed India in its quest to respond to the Feb. 14 attack. Two days after the suicide bombing, John Bolton, the U.S. national security adviser, said the United States supported “India’s right to self-defense.”

On Tuesday, Secretary of State Mike Pompeo spoke with his counterparts in both India and Pakistan. Shah Mahmood Qureshi, Pakistan’s foreign minister, told Pompeo that India had committed “an act of aggression” that could impact peace talks in Afghanistan, ostensibly because Pakistan’s focus would be elsewhere.

As tensions flared, India and Pakistan presented vastly differing pictures of what occurred in Tuesday’s strike. According to Maj. Gen. Asif Ghafoor, a spokesman for Pakistan’s armed forces, the Indian fighter jets released their “payload in haste while escaping” from Pakistani aircraft.

The strike caused neither casualties nor damage, Ghafoor said. He posted a photo of what he said was debris from the strike and stated that the bombs had fallen “in the open.” Pakistan also denied that India had struck a terrorist training camp.

By contrast, India’s foreign secretary, Vijay Gokhale, told reporters that the strike “eliminated” a “large number” of terrorists at a Jaish-e-Muhammad training camp. He said the operation was based on “credible intelligence” that the group was planning further attacks.

The strike took place near the town of Balakot, just inside the Pakistani province of Khyber Pakhtunkhwa and not in the disputed Kashmir region. Initial reports from local police officials and residents who spoke on the condition of anonymity confirmed that a strike took place in a mountainous area a few miles outside town, but they said they saw no signs of mass casualties.

Dhruva Jaishankar, a fellow at Brookings India, said the Balakot area has been a center of activity for terrorist groups like Jaish-e-Muhammad and Laskhar-e-Taiba, the group India holds responsible for a 2008 terrorist attack in Mumbai that killed more than 160 people.

India accuses Pakistan of supporting terrorists who fight against Indian rule in Kashmir and launch attacks elsewhere in India. Pakistan rejects such charges, but its intelligence services have long links to such terrorist groups.

The Feb. 14 attack in Kashmir came as India prepared for national elections later this spring in which Modi is seeking reelection. At a rally Tuesday afternoon, Modi did not refer to the strike directly. “Today, I sense a fervor in the crowd,” he said to loud cheers. “The country is in safe hands.”

Passions were running high in both countries. In Pakistan, the media portrayed the strike as a political stunt by Modi ahead of the upcoming national polls. Broadcast media repeatedly showed images of knocked-over trees and earth shared by the Pakistani military to bolster their claim that nothing of significance was targeted.

“This action has been done for domestic consumption in an election environment, putting regional peace and stability at grave risk,” said a statement from the committee of Pakistan’s top security and diplomatic officials after their meeting on Tuesday.

By Tuesday evening, Indian and Pakistani troops were exchanging mortar fire along the Line of Control in Kashmir. Riyaz Ahmad Khan, who lives in a village on the Indian side of the heavily militarized frontier, said it was one of the most intense bouts of shelling he had ever witnessed. An Indian army spokesman confirmed mortar fire along the Line of Control, but said so far there were no civilian or military deaths.

In recent days, residents of Indian-controlled Kashmir have stockpiled gas and groceries as they feared a possible outbreak of hostilities between India and Pakistan. Ayaz Khan, 55, who lives very close to the Line of Control in the district of Poonch, said residents of border areas bear the brunt of the animosity between the two countries. Families like his are “scared for our lives,” he said.