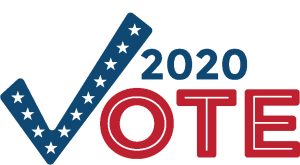 There’s no point in further delaying the news. I will soon be officially announcing my candidacy for the presidency of the United States. Most everyone else has done so and I don’t want to be left out.

The official throwing of my hat (my weekday one, as it needs replacing anyway) into the presidential ring will take place at Hamodia’s sprawling Brooklyn offices at a date and time to be announced.

I will be running on the Purim Party ticket, and am currently accepting applications for the position of running mate. My life mate, unfortunately, does not qualify, as she was not born in the U.S.; in fact, she obstinately remains a Canadian citizen, an alien (in more ways, perhaps, than one, since, as numerous immigration officials at Newark airport can attest, she lacks detectable fingerprints).

My personal qualifications are well-known. I was a candle in my kindergarten Chanukah production, and graduated both elementary and high school. And I have no felony convictions.

I have never knowingly employed undocumented domestic help, and have never worn blackface. There was that do-rag a few Purims back, yes, but there are no photos that I know of. (Should you have any, please be in touch with my fixer, the aforementioned Mrs. Shafran.)

My closet, although it’s cluttered, holds no skeletons, only an assortment of old ties biding their time until they are once again of fashionable width.

And so, I feel that I am eminently qualified to occupy the seat once occupied by the venerable likes of Millard Fillmore and Warren Harding.

My platform? Thank you for asking. I support universal health care, universal child care and universal common sense training, something I’ve long felt has been sorely lacking in American society.

I have no position on minimum wage, but support a maximum one.

The Middle East will be one of my top priorities, of course. I have a secret peace plan. No, of course I can’t offer it; if I did, it wouldn’t be secret, would it? (Common sense training would have made that explanation unnecessary.)

I also look forward during my tenure, to appointing Supreme Court justices who are practicing Orthodox Jews, ideally kollel-leit and BJJ graduates.

But my campaign mantra, with which I expect my supporters to drown me out at rallies when I start rambling incoherently, will be “Build the Wall!” No, it has not been copyrighted (I checked), and, in any event, it’s not a southern border wall I will be urging, but a northern one.

Yes, as you know, there is an urgent need for a 3,000-mile-long impenetrable barrier between our mainland and Canada, to protect our beloved country from the dire threat poised to invade from the north, the forces of civility and polite discourse.

Now, Canadians are welcome to embrace such un-American practices in their own country if that’s really what they want. Hockey pucks to the head and beer overconsumption take a toll on a society. But the peril posed by an import of politeness to our own political sphere is frightening.

Name-calling and personal insults, after all, are part of the republic’s DNA. We must never forget our twin guiding principles, e pluribus unum and argumentum ad hominem.

When Thomas Jefferson called John Adams a “repulsive pedant” and a “hideous … character,” the gauntlet was thrown, and it was picked up by Mr. Adams, who labeled Mr. Jefferson a “G-dless atheist” and cast crude aspersions on his parentage.

Mr. Jackson made sure that the media, which wasn’t yet fake, called JQA’s moral behavior into question.

Memorably, Stephen Douglas’ supporters called Abraham Lincoln a “horrid-looking wretch” who was “sooty and scoundrelly in aspect, a cross between the nutmeg dealer, the horse-swapper, and the nightman.” (“Nutmeg dealer”? I have no idea.) For his part, Honest Abe compared Mr. Douglas to an “obstinate animal.”

Teddy Roosevelt famously referred to William Howard Taft as “a rat in a corner.”

More recent examples of the glorious rudeness that imbues the American political realm from all its corners are readily available from news organizations, Twitter and local bars.

And, so, it is clear that we must do all we can to avoid a slippery slide into civility. Invaders from the north may only be targeting mudslinging today, but tomorrow it will be baseball, and before we know it, they’ll be coming for our guns.

So, if you care about the U.S.A., you know your choice!