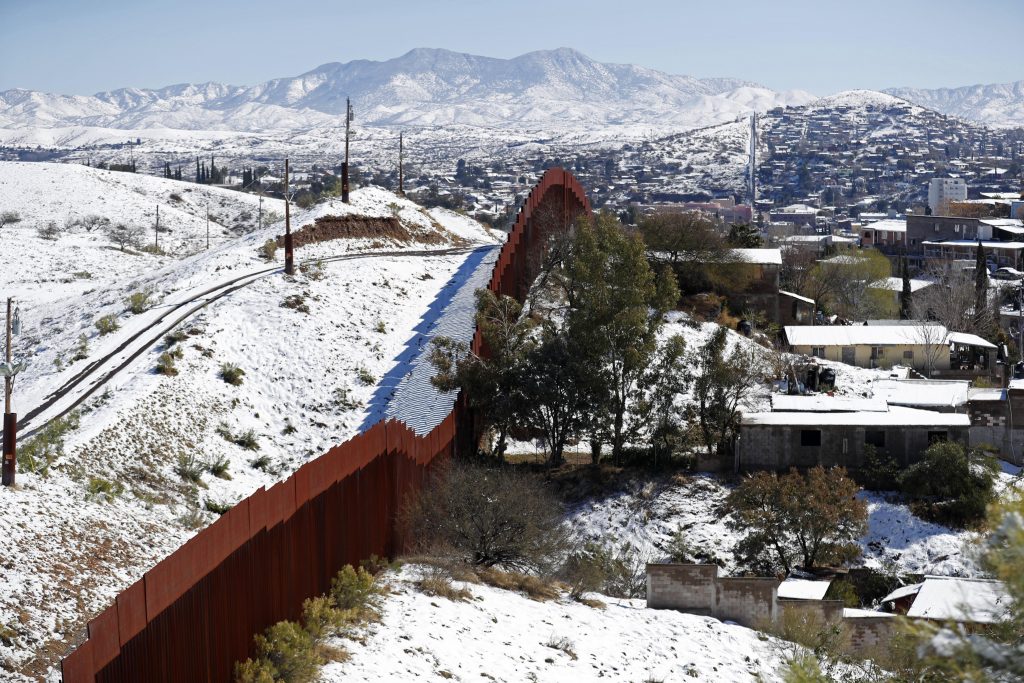 The House of Representatives on Tuesday, ignoring White House veto threats, moved toward passage of legislation to terminate President Donald Trump’s proclaimed national emergency at the U.S.-Mexico border, in what would be a stinging rejection of his proposed wall there.

By a vote of 229-193, the House agreed to move to final debate and a vote later on Tuesday on passing the resolution. Passage, which is expected, would set up a vote in the Republican-controlled Senate where the resolution’s chances were slimmer, but seemed to be improving.

Republican Senator John Barrasso, a member of the Senate’s leadership, told MSNBC in an interview that the legislation “may actually pass the Senate.”

McConnell said Republican senators and Pence held a “robust, vigorous discussion” and that he had not “reached a total conclusion” over whether Trump’s emergency proclamation was legal.

Meanwhile, the White House formally notified Congress, as expected, that if the measure passes Congress, Trump’s advisers would recommend that he veto it in order to maintain the power he activated on Feb. 15 as a way of circumventing Congress.

Trump argues he has the power to proclaim a national emergency to unilaterally direct existing money for building a border wall that Congress has refused to fully fund.

“The current situation at the southern border presents a humanitarian and security crisis that threatens core national security interests and constitutes a national emergency,” the White House statement warned.

A Trump veto would be the first of his presidency and the first since Republicans lost majority control of the House in last November’s elections.

Overriding such a veto in Congress would require two-thirds majorities in both chambers, making it highly unlikely, said lawmakers.

“When you see the vote today, there will be nowhere near the votes to override a veto,” U.S. Representative Steve Scalise, the No. 2 House Republican, told reporters on Capitol Hill on Tuesday.

The battle in Congress is the latest chapter in a long-running war between Trump and Democrats over border security, immigration policy and the “great, great wall” that Trump has pledged to build since becoming a presidential candidate.

He originally promised that Mexico would pay for it, but after Mexico refused, he asked U.S. taxpayers to foot the bill for a project Democrats say is unneeded and will not be effective.

In his first two years in office, Trump’s Republicans controlled both chambers of Congress, which under the U.S. Constitution holds the national purse strings.

They failed to appropriate all the money Trump was seeking to build a wall and this year, with Democrats in control of the House, Congress refused Trump’s demand for $5.7 billion in wall funding this year. Instead, he got $1.37 billion for border barriers.

Angry over that decision, Trump declared an emergency and vowed to divert funds toward the wall from accounts already committed by Congress for other purposes.

That set up a test of the constitutional separation of powers between Congress and the presidency that will likely lead to a court challenge after lawmakers deal with the resolution.

A coalition of 16 U.S. states led by California has already sued Trump and top members of his administration to block his emergency declaration.

Writing on Twitter on Monday, Trump, who says the wall is needed to stop illegal immigration and drugs, warned Republicans not to “fall into the Democrats ‘trap’ of Open Borders and Crime!”

Republican Representative Justin Amash was the lone Republican co-sponsoring the resolution in the House. “The same congressional Republicans who joined me in blasting Pres. Obama’s executive overreach now cry out for a king to usurp legislative powers,” Amash wrote on Twitter.

The White House was working to limit Republican support for the measure, especially in the Senate.

Nevertheless, Republican Senator Thom Tillis, in an opinion article published in The Washington Post, said he backed Trump on border security, but would vote for the resolution because he “cannot justify providing the executive with more ways to bypass Congress.”

Republican Senator Lisa Murkowski on Tuesday told reporters she would back the resolution. Previously, her Republican colleague, Susan Collins, had said she likely would support the measure, too. For it to pass the Senate, at least one more Republican vote would be needed, assuming all Democrats and two independents back it.