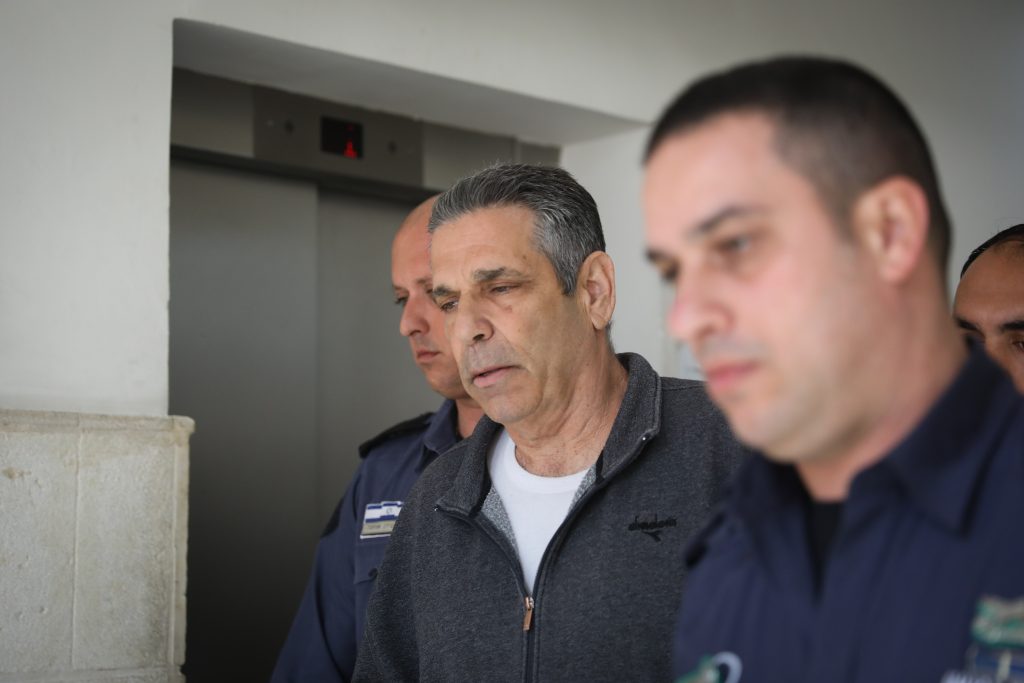 Former Israeli Knesset member and minister Gonen Segev will serve 11 years in prison. A Yerushalayim court sentenced Segev Tuesday morning, after he agreed to a plea deal having been convicted on charges of espionage and treason for assistance he gave to Iran. Under the deal, charges of aiding an enemy in time of war in the original indictment were dropped, knocking about a third off the minimum sentence that he would have received.

According to the Shin Bet, Segev provided his Iranian handlers with information about the Israeli electrical grid, security sites, the location of homes and offices of security officials, and other sensitive data. Iran “benefited greatly” from the information supplied by Segev, according to a Lebanese newspaper identified with Hezbollah.

Segev, a former energy minister in the government of Yitzchak Rabin, was arrested last June for providing Iran with information. Segev had been convicted of drug smuggling in 2006, and after his release went to live in Nigeria. In 2017 he attempted to enter the country of Guinea, which refused him entry because of his criminal past. He was sent back to Israel by authorities there, and arrested upon his arrival at Ben Gurion airport.

Under questioning, it emerged that Segev in 2012 had formed a relationship with officials at the Iranian Embassy in Nigeria, and he began work as an Iranian agent. He traveled to Iran twice, where he met his handlers. Officials said that Segev was aware of what he was involved in throughout the entire period. He also met with his handlers on a regular basis outside of Iran, often in hotels or apartments in Europe.

In order to fulfill the missions the Iranians gave him, Segev drafted a team of Israeli civilians to provide him with the desired information. He connected several people in his network with his Iranian handlers, introducing them as expatriate Iranian “businessmen.”

In a recent speech, Iranian National Security Council head Ali Shakhmani referred to the Segev affair and the Hezbollah terror tunnels. “There has been no greater embarrassment for the Zionist entity,which claims it is advanced technologically and scientifically, than for one of its ministers to spy on them, and the discovery of hundreds of kilometers of tunnels under it.”