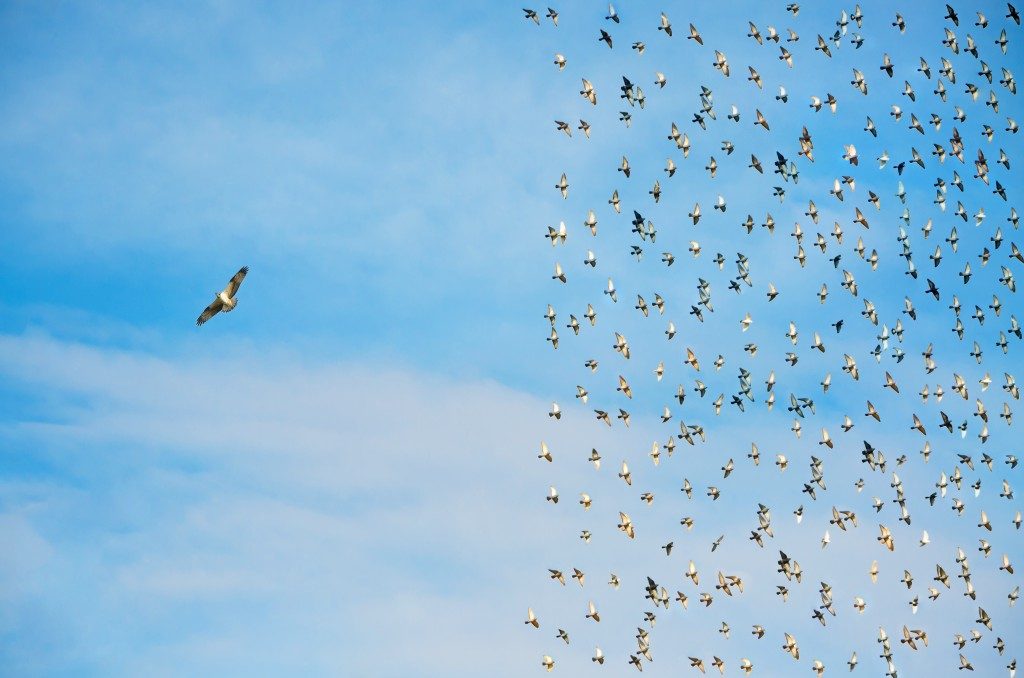 Locking your keys in the car is one of those super embarrassing, forehead-smacking moments. And if your baby was also in the car, then the sense of panic and incipient nausea can assail you with the force of a truck. And that situation is precisely what a couple in Pasco County, Florida, was faced with this past Tuesday, Febuary 18, 2019. Undoubtedly, it was an exceedingly upsetting and frustrating situation, but one that you would hardly expect would make splashing headlines all over the media. So, why, indeed, then, did just that happen?

What happened is this: Since the couple could not afford to pay the fee for a locksmith to come and open the door for them, they planned to use a large stone to break open one of the windows. Once the window would be broken, they’d be able to easily reach in the car and unlock it.

However, unbeknownst to the couple in the unhappy situation, a small group of men wearing drab black-and-white uniforms took note of the couple’s predicament and decided to take matters into their own hands. And why were all those men wearing the same drab black-and-white uniforms? Well, they were inmates. Yes, prisoners. They were busy at work — under their jailors’ escort, of course — repairing parking meters, when they spotted the family in distress.

With the deputies’ permission — and supervision — they offered to help. After all, they are in jail for a reason and possess skills that could be put to good use, given the situation. A team effort ensued, in which a couple of the prisoners managed to pry open the door just enough for one of them to insert a wire hanger and deftly maneuver it to unlock the door. Voila, crisis solved! Of course, it didn’t take long for such an atypical human-interest story to ride the waves of media headlines.

What immediately came to mind when I saw this story is the Mishnah, Pirkei Avos 4:3, in which Ben Azai exhorts us, “Do not be scornful of any person, and do not dismiss any object, for there is no person who does not have his hour, and there is no object that does not have its place.” Unquestionably, those prisoners had their hour. A moment before, any of us who would have walked by and seen them doing their community service work in their prisoner suits would almost certainly have scorned them in his heart, or, at the very least, entertained less-than-charitable thoughts about them. Retroactively, though, we can hear Ben Azai’s words ringing out, rebuking us: “Don’t scorn any person, for there is no person who does not have his hour!” Using their erstwhile criminal skills to save a baby from a locked car and spare the mom and dad a smashed window, those prisoners definitely got their moment.

And there is another individual who got his moment in quite a powerful way. An individual who — if not for a towering figure who clearly internalized Ben Azai’s teaching — could have gone unnoticed and disregarded forever. But — for reasons that we are certainly not privy to — Hashem ordained that Vinny, the non-Jewish gas station attendant, would have the incredible good fortune that Harav Lazer Geldzhaler, zt”l, once pulled in for a fill-up at the gas station where he worked.

Noticing Vinny’s diminutive, 3.5-foot stature and obvious physical impairments, Rav Geldzhaler walked right up to him and exclaimed, “You are my inspiration! You have every reason to feel like a victim, stay in bed, and not come to work. But you choose to act as if you do not have a handicap, and you come to work like everybody else.” From that point on, Rav Geldzhaler made a point to talk with Vinny whenever he was at the gas station. Commenting on the moral strength that he perceived in Vinny, Rav Geldzhaler once said to him, “You are a giant man!” He also told him that he was going to tell the 200 bachurim in his yeshivah, Ohr Yisrael, about a man who overcame his significant challenges, to inspire the bachurim to work on overcoming their own challenges and be the best that they can be.

As if all that was not enough, two years after Rav Geldzhaler tragically died in a bus accident — and Vinny had been wondering all that time what happened to the nice Rabbi who made him feel so good about himself — Hashem arranged that Rav Geldzhaler’s daughter would drive into his gas station with a picture of her father in her car, which eventually led to the story coming to the attention of people who would publicize it as an inspiration for thousands upon thousands of Yidden. Vinny, the non-Jewish gas station attendant who had been otherwise ignored or, worse, disdained, suddenly was given quite “the hour.” A very powerful manifestation, indeed, of Ben Azai’s exhortation, “Don’t scorn any person … for there is no person who doesn’t have his hour.”