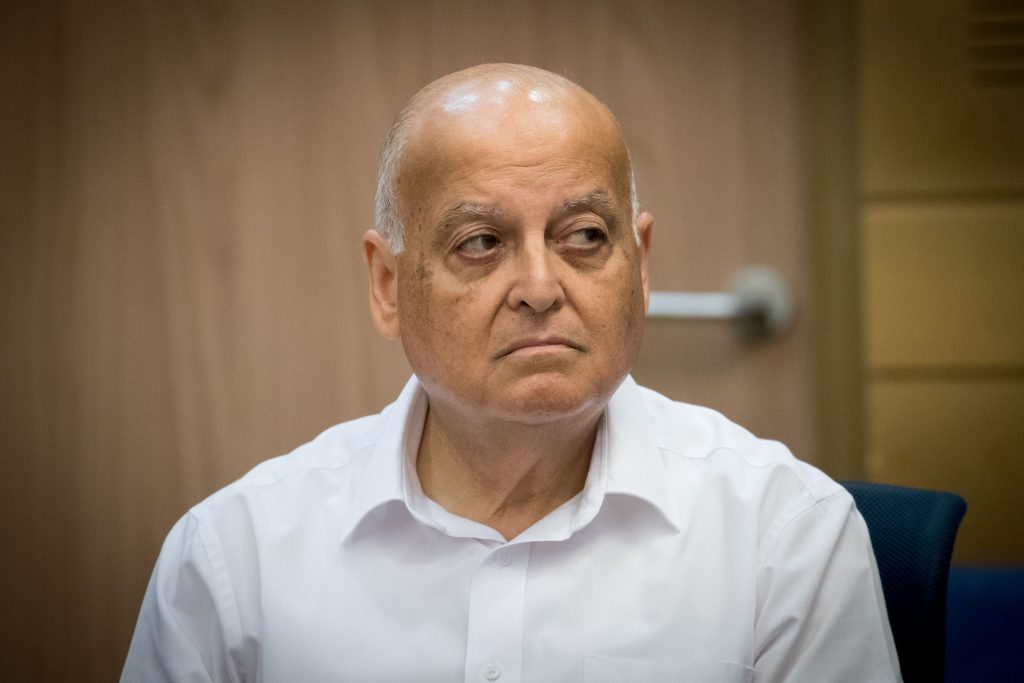 Netanyahu and the Likud party have repeatedly claimed that the center-left led by Benny Gantz and Yair Lapid are counting on the backing of the Arab parties to defeat his return to the office of prime minister.

“The prime minister’s statements are unnecessary and unfortunate, and are deeply hurtful to all the country’s Arab citizens,” Joubran told Israel Radio in an interview.

“I expected [better] from the prime minister, even if he feels the pressure… he can’t keep falling back on the Arab issue,” he said, referring to Netanyahu’s controversial warning to Jewish voters on the eve of the 2015 elections about Arabs flocking to polling booths “in droves.”

“Why, what’s wrong? Arabs are citizens of this country. For the time being at least, we’re equal citizens in all respects. We can vote, run for office, and even unite in an electoral bloc. This is all legitimate, there’s nothing wrong with it,” Joubran said.

Joubran, who retired in 2017 upon reaching retirement age, headed the Central Elections Committee for the 2015 vote.

Netanyahu has waged a months-long campaign to portray Gantz as a candidate who would usher in a “weak” leftist government with the support of the Knesset’s Arab parties, seen by many on the right as disloyal to the Jewish state.

Lapid has denied the accusation, and said that he and Gantz would seek the support of the Likud in forming a coalition after the elections.