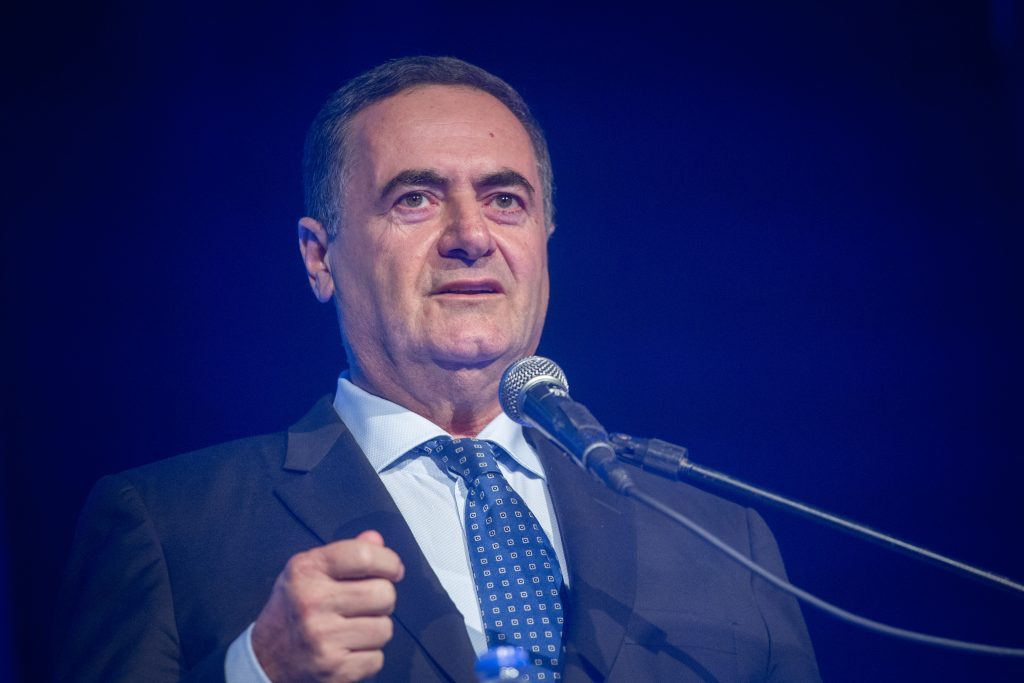 For nearly four years, Israel managed fairly well without an active foreign minister. Technically, Binyamin Netanyahu was wearing that hat — or in the language of bureaucrats, “holding this portfolio” — as well as his full-time job as prime minister. In reality, the job was empty.

Ten days ago, in response to a petition filed in the High Court criticizing the number of ministerial roles Netanyahu had taken on — he also serves as defence minister and health minister — he decided to name Yisrael Katz as interim foreign minister, to serve until the elections scheduled for April 9.

Katz wasted no time embroiling himself in a controversy that set off a diplomatic firestorm.

Only days earlier, the Polish government grew infuriated when a newspaper report asserted that Prime Minister Netanyahu, during a visit to Poland, had said that “Poles cooperated with the Nazis. I know the history and I don’t whitewash it. I bring it up.”

The prime minister subsequently insisted that he had been misquoted, and the newspaper in question issued a correction.

Yet on his very first day on the job, Katz caused an international uproar when he told a media outlet that “many Poles” cooperated with the Nazis.

He then proceeded to quote the late Israeli Prime Minister Yitzchak Shamir as saying that Poles “imbibed anti-Semitism with their mothers’ milk.”

Katz’s statements incensed the Polish government, prompting it to withdraw from a planned summit of European leaders in Yerushalayim.

Even Israel’s staunchest ally urged Katz to retract his statement.

The U.S. ambassador to Poland, Georgette Mosbacher, said that Katz’s comments were “offensive” and out of place between such “close allies as Poland and Israel,” and urged Katz to apologize.

On Thursday, Katz made it clear that he has no intention of backing down, saying that he did not regret his comment.

“I, as a son of Holocaust survivors … have to tell the truth,” he insisted.

In response, Polish Prime Minister Mateusz Morawiecki slammed Katz’s remarks as “nothing short of racism,” likening his words to those of a “radical extremist.”

The real data is readily available to any unbiased researcher.

The fact that Poles brutally collaborated with the Nazis, and played a role in the murder of thousands of Jews, is undeniable. Those who seek to deny this reality are guilty of distorting history.

So is the fact that more than six-thousand Poles are numbered among the Righteous Among the Nations, and deserve our eternal gratitude for risking their lives to save Jews during the Holocaust. In addition, the fact that anti-Semitism was rampant throughout Europe through much of the last millennium is also a well-documented part of history.

There is no doubt that getting the facts of history right is of vital importance. As we have editorialized on many occasions in the past, we have a sacred obligation to remember what happened to our people during Churban Europa. This includes remembering the villains as well as the heroes.

However, what seems to have totally eluded Mr. Katz is a different fact: The reality that there still is a Jewish community in Poland, and his choice of words and the resultant rift in relations can have a direct impact on their well-being.

As we reported last week, in a conversation with Hamodia, Poland’s Chief Rabbi Michael Schudrich said that, despite Jews being citizens of Poland, in the eyes of “almost all Poles and Eastern Europeans in general … there is a limited distinction between Jews and Israel.”

Rabbi Schudrich, who co-signed an open letter on the crisis, together with the head of the country’s Union of Jewish Communities, said that he felt compelled to “clarify what the community thinks about the statements being made.”

“Most Jews around the world don’t realize that it’s painful for Poles, including Jews who live here, to hear a statement that basically says all Poles are anti-Semites,” he said. “It’s upsetting, unfair, and untrue.”

Ensconced in his office in Yerushalayim, Mr. Katz seems to have forgotten that we are still Jews in exile, and not everything one thinks, one must say.

In addition to the well-being of the Jews of Poland — who deserve that an acting Israeli foreign minister should take them into account when entering such treacherous waters — his remarks were also bad foreign policy.

It is a widely recognized reality that there is a long list of countries who make no effort to disguise their hatred for Israel.

In recent years, Poland has made a concrete effort to forge a decent, if not cordial, relationship with Israel. It would seem very unwise for a country that can use any friend it can get to wreck this relationship because of a series of careless comments.

Granted, the Poles are clearly hypersensitive on this issue of the Holocaust. However, Minister Katz’s statements will do nothing to change the past, and all they do is stoke the fires of anti-Semitism in the present.

It is time for the government of Israel – which has more than enough problems at home to worry about – to stop getting involved with issues that directly impact Jewish communities in the diaspora, especially in such a sensitive country like Poland. The Israeli government forcefully protests when Jewish organizations abroad seek to intervene in their internal politics, and they ought to realize that when they wade into tempests such as these, they are in fact doing the same. It isn’t merely a matter of recognizing proper boundaries, it is all about exhibiting a sense responsibility for their brethren in a foreign land.

Minister Katz should to find a way to climb down from his tree and extricate the Israeli government and the Jewish community in Poland, from this diplomatic morass.