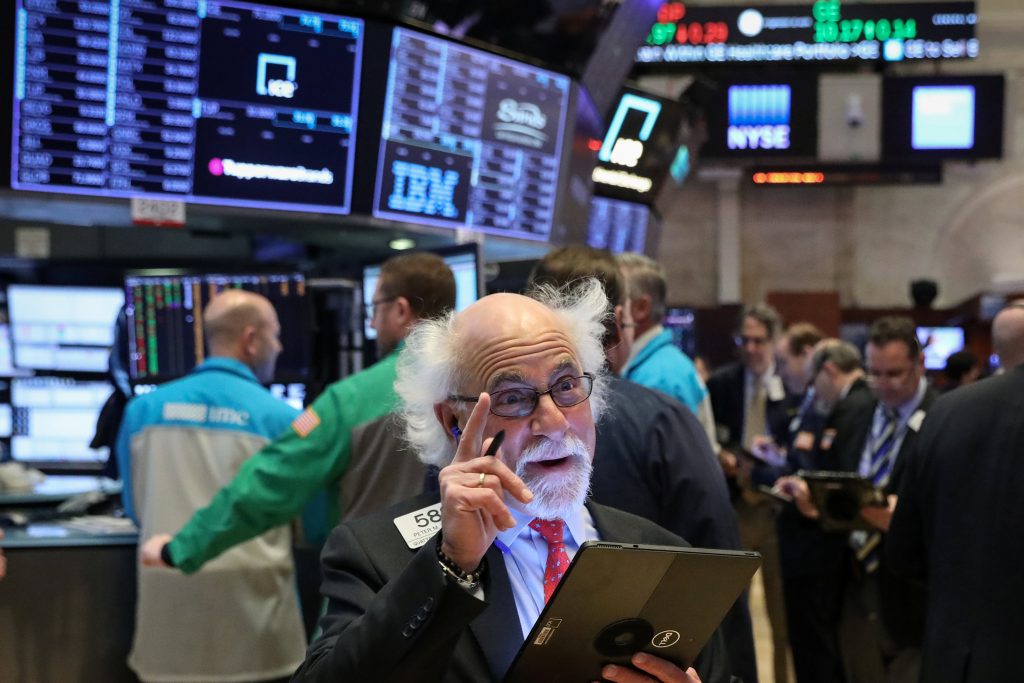 Stocks moved broadly higher on Wall Street after President Donald Trump agreed to hold off on raising tariffs on Chinese goods, which would have escalated a damaging trade war between the world’s two largest economies.

Investors had been growing increasingly optimistic over the last two weeks that the U.S. and China were moving closer to a resolution in the trade tiff. The fight is over U.S. complaints that Beijing steals or pressures companies to hand over technology.

The nations faced a March 1 deadline that would have increased punitive duties on $200 billion in Chinese imports. President Trump did not set a new deadline. He said there had been “productive talks” on some of the more difficult issues and he’s willing to meet with Chinese President Xi Jinping if negotiations progress.

The trade war and its hefty tariffs have already raised prices and costs for businesses and consumers. Any additional escalation could shake investor confidence as an economic slowdown looms over China and Europe.

Elsewhere, oil prices fell after Trump said they were getting too high. Industrial giant General Electric rose after it announced plans to sell a biotech unit. Spark Therapeutics doubled after pharmaceutical giant Roche offered to buy the gene therapy developer.

The gains come as investors have a full schedule of economic and corporate news to consider this week.

Retailers, including Macy’s, will report their latest financial results this week. The Commerce Department will release fourth-quarter gross domestic product on Thursday and Federal Reserve Chairman Jerome Powell is scheduled for two days of Congressional testimony this week.

ANALYST’S TAKE: “I feel like we’re in a position where the president is interested in making deals,” said Jamie Cox, managing partner at Harris Financial Group.

The U.S. election cycle is just around the corner, giving the president incentive to pursue deals and keep the economy and markets stable, he said. But, markets may be overoptimistic on what’s possible in any China deal. Any negotiations over intellectual property concerns will likely take more time.

“This is sort of an economic opportunity for investors to rebalance to get a little less aggressive in their portfolios,” he said.

GE SHEDS WEIGHT: General Electric is selling its biopharma business to Danaher for $21.4 billion. The sale is yet another step for GE to become smaller. The stock surged 12.7 percent.

GE has been divesting businesses since getting hurt in the financial crisis a decade ago. It slashed its dividend in October along with ousting CEO John Flannery. It also plans to downsize its Boston headquarters.

SPARKS: Spark Therapeutics doubled in value after pharmaceutical giant Roche offered to by the gene therapy company for about $4.8 billion.

Roche is snapping up the company as its rivals also look to gene therapy as a way to build up their potential drug pipelines. The focus is treatment for rare diseases, which often involves very costly drugs.

ENERGY: Trump criticized the rising price of oil in an early morning tweet, sending prices lower. U.S. crude fell 1.6 percent to $56.34 per barrel in New York. Prices are up 23 percent so far this year.