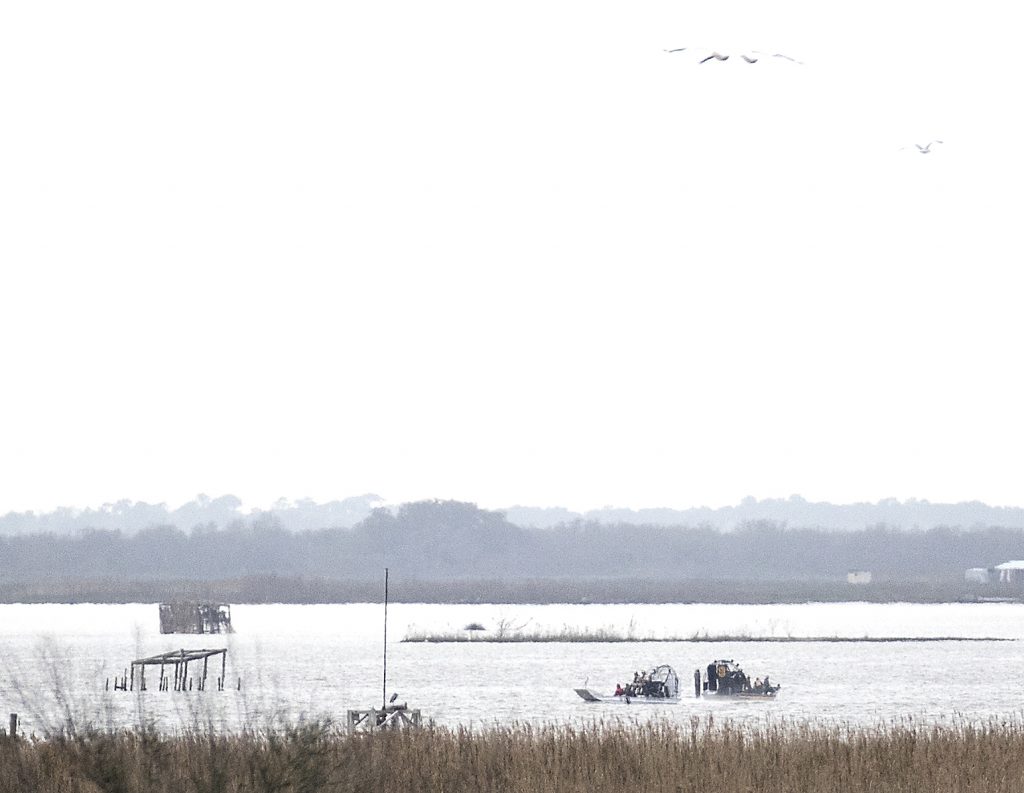 Search and rescue crews have recovered one body, and the search continued Sunday for two more at the site where a Boeing 767 cargo plane crashed into a coastal bay near Houston with three people aboard.

The Chambers County Sheriff’s Office said on social media that the body was recovered late Saturday from Trinity Bay, just off the waterfront of the small town of Anahuac. Three crew members were on board Atlas Air flight 3591, being operated for Amazon, when it crashed Saturday afternoon.

Chambers County Sheriff Brian Hawthorne said Saturday that the plane “went in nose first ” and that it was “probably a crash that nobody would survive.”

The search resumed Sunday for the remaining two crew members and the all-important “black box” flight recorder that could offer clues to what caused the crash. Civilian volunteers mobilized small boats to help with the search of the northern tip of Trinity Bay called Jack’s Pocket.

Jason Campbell and two other Anahuac boat mechanics were among the civilian boaters who checked debris for any identification or cellphones on Saturday.

The jumbo jet had departed from Miami and was likely moments from landing at Bush Intercontinental Airport in Houston when witnesses said it crashed nose-first into the bay about 35 miles east of Houston.

Dave Clark, senior vice president of Worldwide Operations at Amazon, said: “Our thoughts and prayers are with the flight crew, their families and friends along with the entire team at Atlas Air during this terrible tragedy. We appreciate the first responders who worked urgently to provide support.”