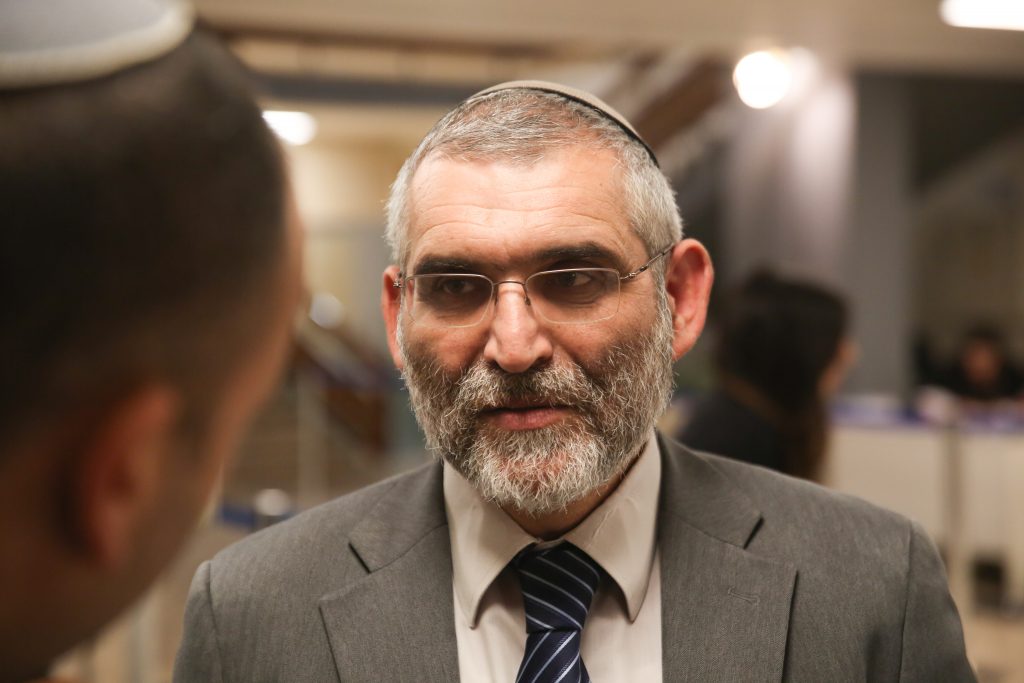 Leaders of the Otzma Yehudit party denied on Monday a report that they receive funds from a network in the U.S. that includes an organization blacklisted by the federal government as a terrorist group.

The organization in question was “Yeshivat HaRaayon HaYehudi” (the Yeshiva of the Jewish Idea), founded by Rabbi Meir Kahane Hy’d in 1987 to promulgate his views. It was subsequently designated by the U.S. State Department as part of Rabbi Kahane’s outlawed Kach movement, and hence a terror organization, according to a report in Yedioth Ahronoth.

The report alleged that donations are funneled to Yeshivat HaRaayon HaYehudi through a number of entities, including “Charity of Light” and “Chemla.”

Michael Ben Ari, an Otzma leader, dismissed the report as a “collection of fabrications that were published and refuted years ago. But when the goal is to topple the right-wing leadership, journalistic ethics get trampled.”

Similarly, his colleague Bentzi Gopstein characterized the allegations as “lies with the goal of toppling the right-wing government and preventing Otzma Yehudit from entering the next Knesset… It won’t help. I will continue my legal fight against assimilation in the Holy Land.”

Meanwhile, MKs from Meretz and Labor have taken steps to prevent the right-wing party from running in the election.

In a petition to the Elections Committee, Meretz claimed that “the Respondents even acted to inflame passions in various arenas. This was the case after terror attacks, when they cynically exploited the hard feelings to incite harm to the Arab population and encourage such harm, while taking advantage of their clout on the soccer fields and other arenas to call for systematic and deliberate contempt of the Arab population, both in the repeated attempts to ‘revive’ the image and teachings of Rabbi Kahane, whose movement was declared a terror organization, and in statements that ‘it is indeed possible to close the structures and institutions of the Kach movement, but it can’t be broken.’

“In light of all the above, the Honorable Elections Committee is hereby requested to determine that the Respondents are barred from running in the elections to the Twenty-first Knesset until they commit themselves to depart from their path and act in accordance with the provisions of the law and the basic principles of the State of Israel,” said the petition submitted by Meretz, quoted on Arutz Sheva Monday.

The Otzma Yehudit party said in response that the arguments against them are groundless and accused their left-wing antagonists of a double standard.

“It’s clear that Meretz and Labor are in distress and therefore are trying to deal in gimmicks rather than substance. Again, it turns out that parties that boast of freedom of expression are revealed as hypocrites. It seems that to Meretz it’s legitimate to visit Abbas who encourages terrorism, but it’s illegitimate for lovers of Israel who work for the State of Israel sit in the Knesset,” said the Otzma Yehudit response.