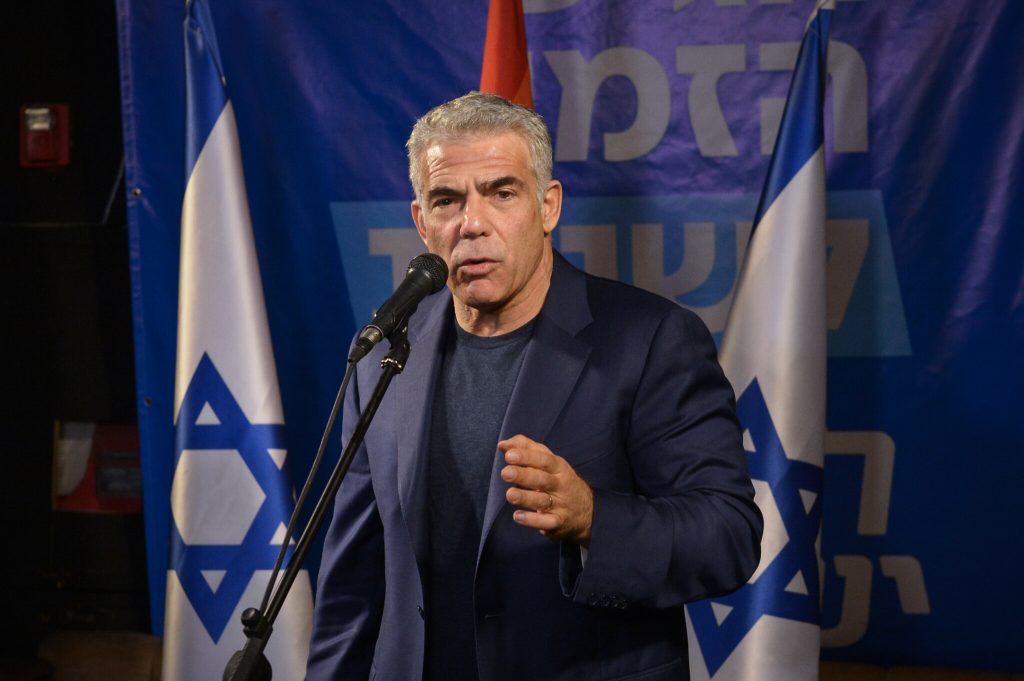 The Likud party told Yair Lapid “No thank you” on Monday in response to his statement that his and Benny Gantz’s Blue and White party would seek a post-election coalition with Likud, on condition it does not include Binyamin Netanyahu.

Lapid on Sunday night denied the Likud claim that his party would coordinate with Arab parties to stop a return to power of Israeli Prime Minister Binyamin Netanyahu, but Likud didn’t accept it.

In a statement, the party insisted again that a Blue and White-Arab bloc would be the scenario:

“Lapid and [ex-IDF chief Benny] Gantz will form a weak, leftist government with the support of a bloc of Arab parties, they have no other choice.”

“Lapid’s first call will be to [Meretz MK] Tamar Zandberg, who said today she is willing to give up the Golan Heights,” Likud said. “Only a large Likud party can prevent a leftist government.”

At a campaign stop on Sunday night, Lapid told a crowd: “We won’t form a government with the Arab parties, we will contact Likud — the post-Netanyahu Likud, that is — to form a national unity government at this time of division and rifts,” he said, claiming that “Netanyahu won’t stay if he loses.”

“We didn’t speak with them, we didn’t ask them,” Lapid told a cheering crowd at the event, in a recorded speech replayed over Israel Radio on Monday morning.

Lapid promised that if his party is tasked with forming the next government, its first phone call will be to the Likud.