Israel Ben-Gvir: Anyone Who Calls Me ‘Nazi’ Is a Libel Target
Israel 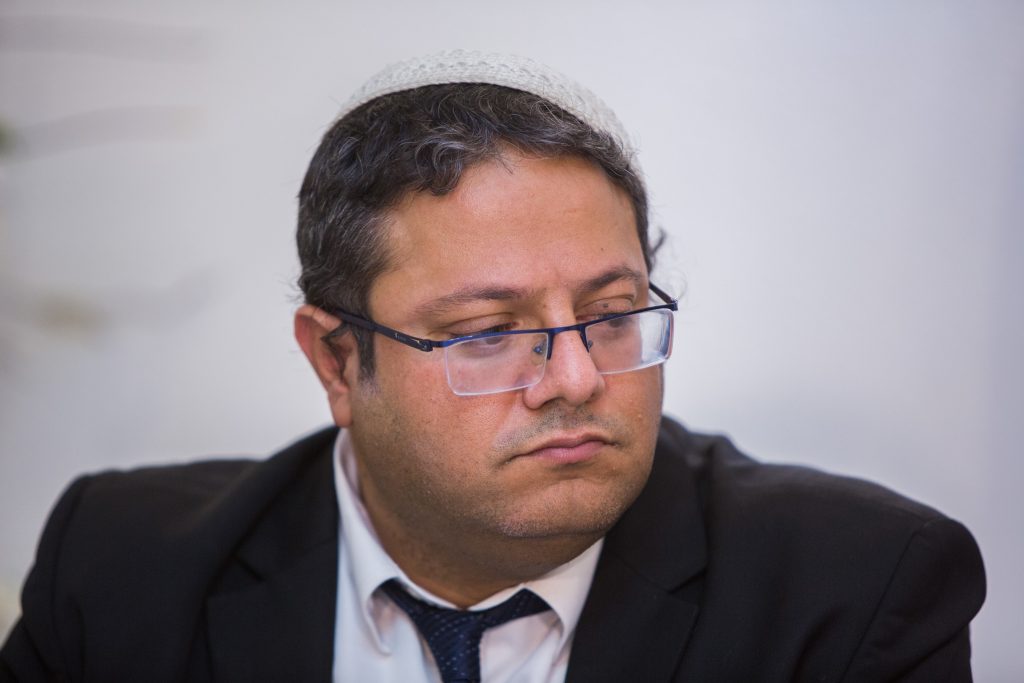 Attorney Itamar Ben-Gvir, number eight on the United Right List, has won another one in court – and this time, his victory could have very personal implications. A Yerushalayim court has rejected an appeal by far-left journalist and commentator Yigal Serena who appealed a previous decision ordering him to pay NIS 25,000 to the head of security in the Jewish community in Chevron, Ashi Horowitz, whom Serena had branded a “Nazi.”

In recent days, Ben-Gvir, who filed a libel suit against Serena on Horowitz’s behalf, has been termed a “Nazi” or at least a fascist by numerous public figures. In a social media post Monday, Ben-Gvir hinted that, given his victory in the Horowitz case, those who used that term against him could find themselves having to pay out their own NIS 25,000 settlements.

The Horowitz affair goes back to 2015, when Serena published a social media post featuring Horowitz standing over a body. According to Serena, Horowitz was smiling in the photo, and in his comments he termed the Chevron security official “a Cossack Pogromchik” and “the son of a disgusting Nazi.” The body, it turned out, was that of a terrorist who had gone on a stabbing spree against Chevron Jewish residents, and was shot and killed by IDF soldiers.

Horowitz, with the assistance of Ben-Gvir, sued Serena for defamation of character and libel – generally a very difficult charge to prove, because the plaintiff must prove that the defendant had ill will against them and was not just making an exaggerated comment. Ben-Gvir charged that use of the term “Nazi” in any context was far in excess of what was warranted in the incident, and that the term could not be used to defame someone for their political views. The court agreed with Ben-Gvir and ordered Serena to pay a settlement of NIS 25,000, and on Sunday night the appeal by Serena was rejected, with the court saying that the proper thing to do would have been to describe the context of the photo – and that by failing to point out that the body was that of a terrorist’s, Serena had crossed the line into libel. In addition, they slammed him for use of the term “Nazi,” saying that it generated such emotions that it could not be used in political contexts, under any circumstances.

This is not the first time Serena has lost a libel case. In 2017, he was ordered to pay NIS 100,000 to Prime Minister Binyamin Netanyahu and his wife Sara. The Netanyahus sued Serena over social media posts from 2016 in which he stated that Mrs. Netanyahu threw her husband out of the vehicle they were riding in. Serena was also ordered to pay NIS 15,000 in court fees.

The lawsuit accused Serena of libeling the Netanyahus, with the court agreeing that he had done so. “The manner in which the posts were written was clearly designed to enhance the incident and give it a dramatic characterization, with the intent of denigrating the plaintiffs,” the court ruled. “The court is obligated to ensure caution when deciding cases like this, but writers need to be aware that they cannot simply write what they want without limit, especially if it is untrue.”

Commenting on his victory, Ben-Gvir said that “the message of the court is clear. People must be very careful with the use of the term Nazi. In recent days, leftists have been bandying this term about, and they must be reminded that they are not only violating the memory of the six million Jews who were murdered and burned, but also opening themselves up to a libel suit.”

In his statement, Ben-Gvir called out public figures who had used the term against him and Michael Ben-Ari, both members of Otzma Yehudit who were integrated into a single party with Jewish Home and National Union last week. In recent days, Rabbi Benny Lau, a prominent Religious Zionist Rabbi, called Ben-Gvir and Ben-Ari “Nazis,” accusing them of driving voters away from the religious right. In his comments, Ben-Gvir named him, as well as others, including Shelly Yechimovich of Labor, Meretz MKs Tamar Zandberg and Zehava Gal-on – all of whom have used the term “Nazi” in various contexts to describe him or Ben-Ari –  as “people who may find themselves in the defendant’s chair in court. They can criticize all they want, but they can’t cross the red lines and libel anyone.”