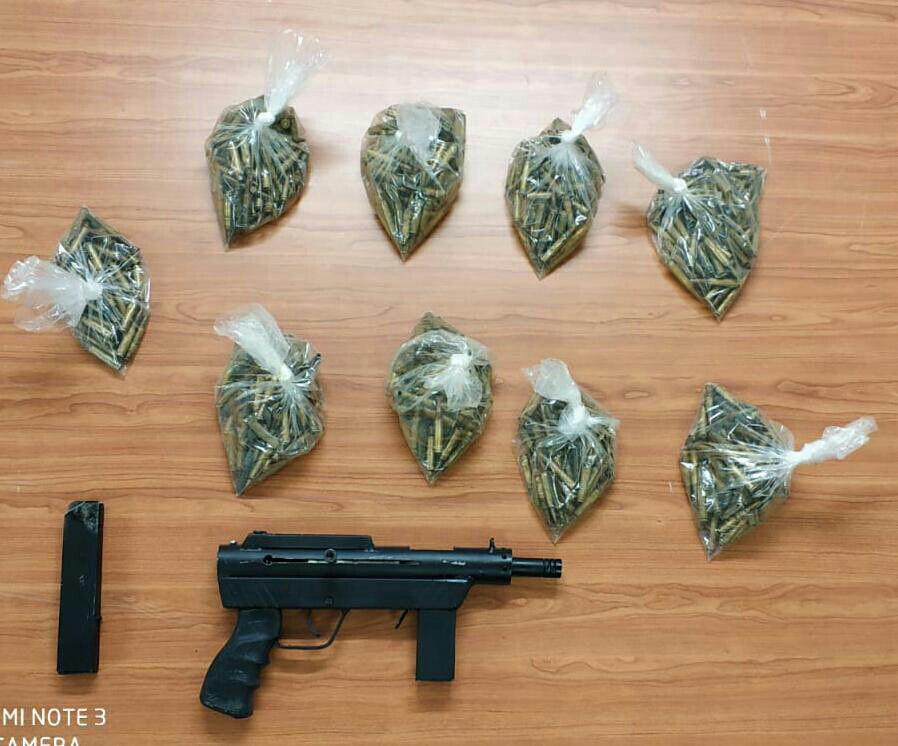 Security officials Sunday night seized dozens of weapons that Arabs were attempting to smuggle into Israel from Jordan. Security officials followed the movements of a suspect as he sought to cross the border from Jordan into Israel, finally attempting to enter the country in the northern Jordan Valley. The suspect was arrested carrying a large backpack, which was found to contain dozens of handguns, bullets, and other weapons. Also arrested were three Arabs who were waiting for the smuggler on the Israeli side in a vehicle.

Meanwhile on Monday morning, security officials at the Te’enim checkpoint in northern Shomron confiscated more weapons that Arabs in a vehicle were trying to smuggle into Israel. Security officers halted the vehicle for inspection after noticing the driver acting in a suspicious manner. An inspection of the vehicle yielded several weapons and a very large amount of ammunition. The weapons and ammunition were seized and the driver and a second occupant of the vehicle arrested.

Also overnight Sunday, IDF soldiers seized weapons that were to be used in terror attacks. Soldiers, working with police, discovered weapons in the Arab town of Beit Omar near Chevron. Among the weapons was an M-16 rifle. The owner of the house was arrested and questioned on what the weapons were doing there.