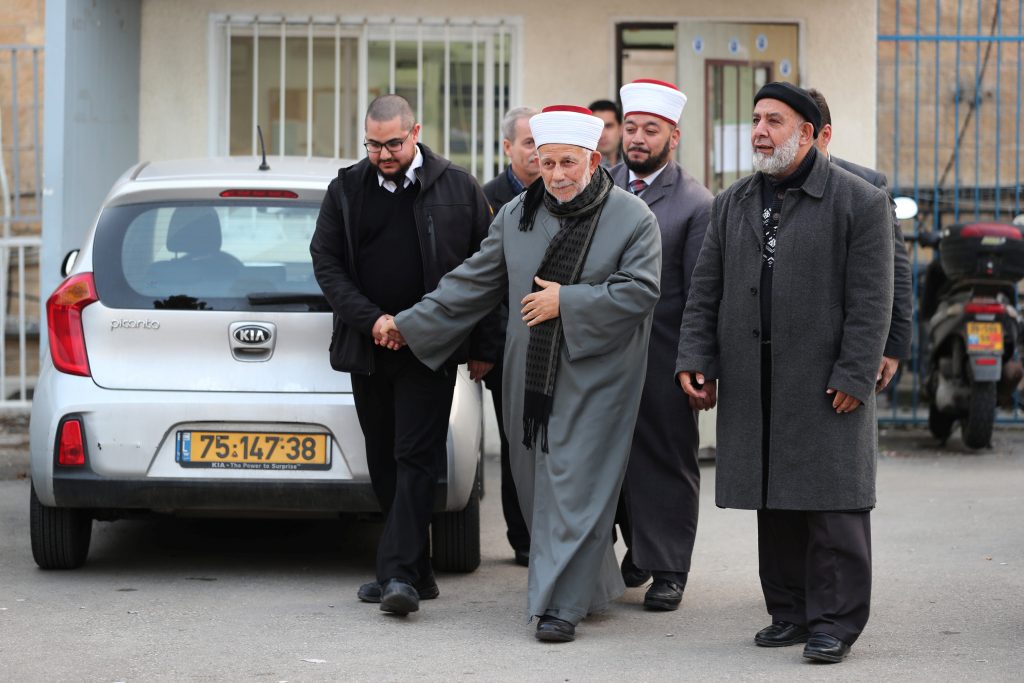 Israeli police on Sunday arrested and later released a senior Muslim cleric who helps administrate a religious site on Har HaBayis, two days after he illegally reopened a mosque sealed by Israel during a Palestinian uprising in 2003.

Sheikh Abdel-Azeem Salhab, who sits on the Waqf, the religious council appointed by Jordan to oversee the Islamic sites at the compound, personally reopened the gate leading into the Bab al-Rahmeh mosque on Friday, and hundreds of Muslims went inside to pray for the first time in years.

Police spokesman Micky Rosenfeld told Reuters that Salhab and another person were arrested on Sunday morning, two days after the incident, for breaching an order, and were being held for questioning.

Salhab’s lawyer said that Israeli police had banned him from accessing the compound for a week, but there was no immediate comment from the police on whether they had issued such an order.

Saeb Erekat, a senior aide to President Mahmoud Abbas, denounced the arrests “in the strongest terms,” and demanded their immediate release.

Jordan’s minister in charge of the Waqf and Islamic affairs, Abdul Nasser Moussa Abu al-Basal, called it “an unacceptable and dangerous escalation that impacts Jordan’s role as a caretaker of Jerusalem’s holy sites.”