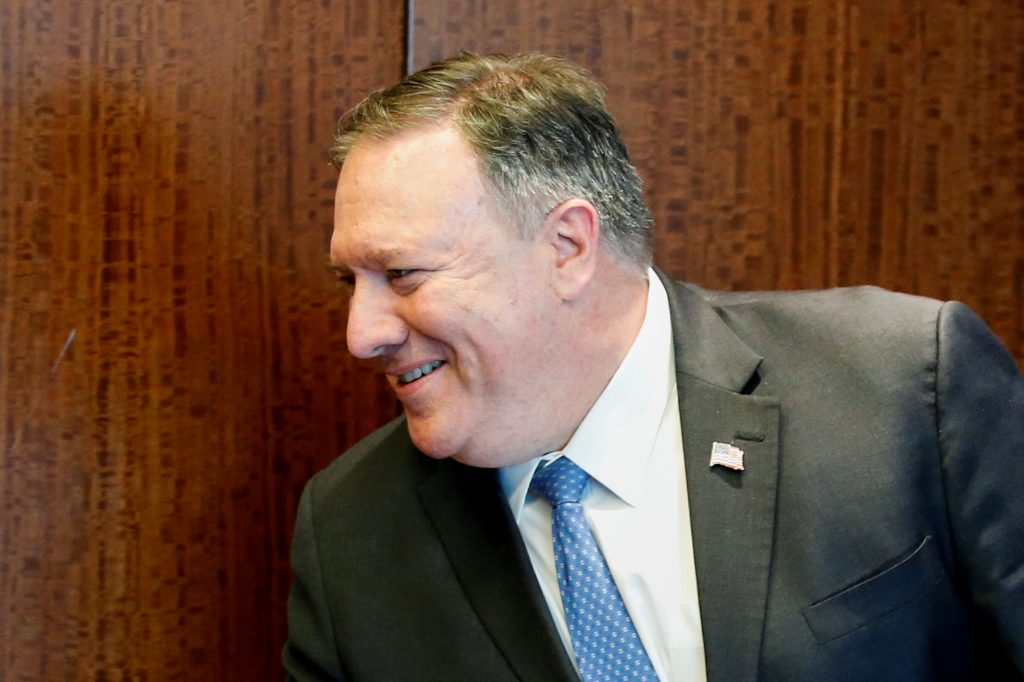 Secretary of State Mike Pompeo said on Sunday that Washington will steer clear of the controversy generated by Israeli Prime Minister Binyamin Netanyahu’s support for a far-right party.

“We’re not about to get involved in an election to interfere in an election of a democracy,” he told CNN. “Election campaigns are tough. We’ll allow the Israeli people to sort this out.

“I’m confident that when the election is over, the United States will continue to have a strong, important, very deep relationship with Israel that protects the American people and benefits Israel as well,” Pompeo said.

Netanyahu was the driving force behind the merger of the Otzma Yehudit party with Jewish Home. The move has been widely criticized both in Israel and the U.S., due to the fact that Otzma Yehudit’s leadership is made up of disciples of Rabbi Meir Kahane, whose whose movement was banned for incitement to racism and subsequently declared a terrorist group. The Otzma Yehudit leader Itamar Ben-Gvir said last week that while they still adhere to Rabbe Kahane’s views, they are committed to working within the law.