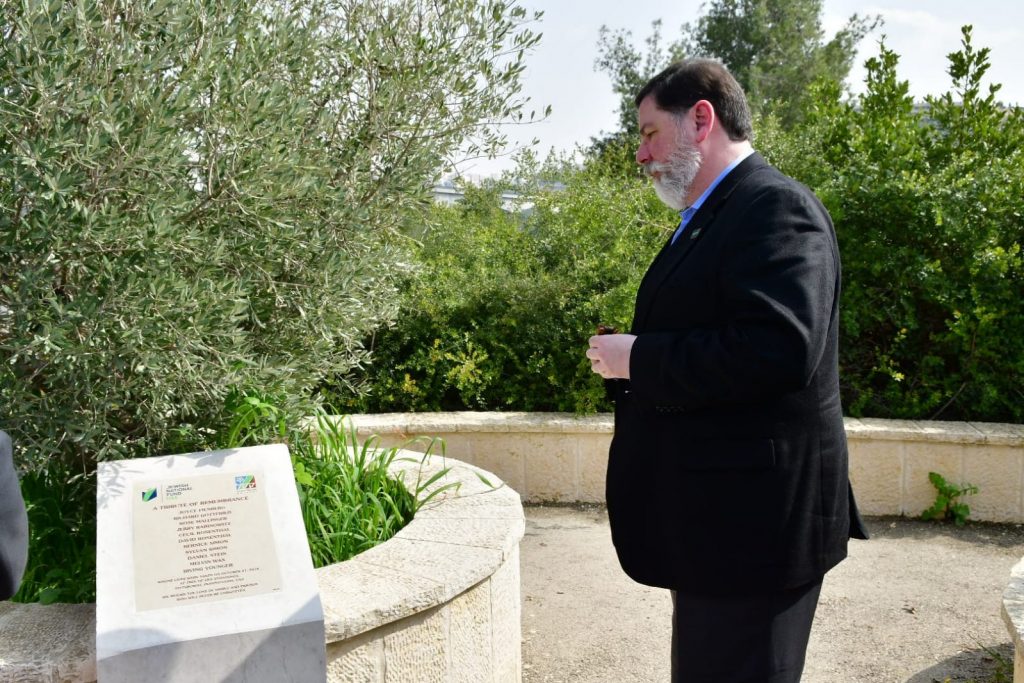 The Mayor of Pittsburgh, Bill Peduto, made a special visit on Sunday to the memorial plaque established in honor of the Tree of Life – Or L’Simcha congregation shooting victims in Yerushalayim.

Following a tour of the site, KKL-JNF held a formal planting ceremony for Mayor Peduto, in which he planted an olive tree to symbolize peace and continuity.

The mayor’s visit in Israel is taking place as part of the 33rd International Mayors Conference held by AJWC and American Jewish Congress.

After seeing the memorial plaque, Mayor Peduto said that, “I have a long history with the Tree of Life congregation, I knew some of the victims personally.

“Unlike 80 years ago, when Jews were murdered, when synagogues were destroyed and businesses were shattered, when the community called this time, the police didn’t turn their back; they ran in to help. Politicians didn’t look the other way or try to hide, they stood up and said never again. And business leaders and community leaders gathered as one and said, ‘an attack against one is an attack against us all.’”