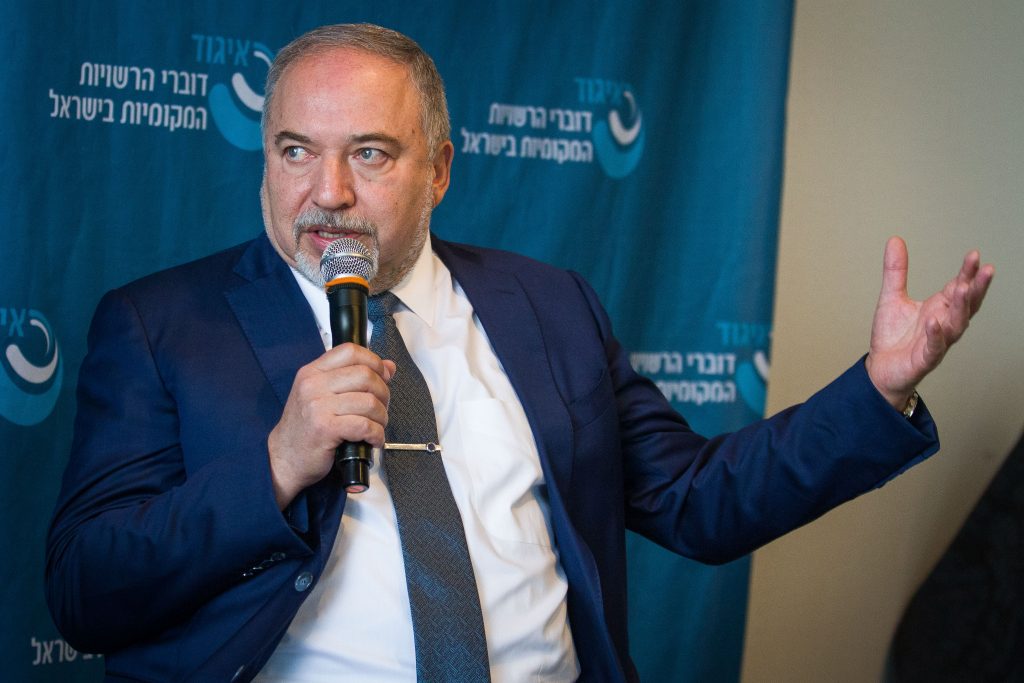 Channel 13 host Oshrat Kotler had a tough week – with “thousands upon thousands” of Israelis wishing her evil over the story she ran last week about an IDF unit that allegedly tortured Arab terrorists – and breaking into tears as she commented on her feelings over the incident.

Not buying her mea culpa, such as it was, was Yisrael Beytenu head Avigdor Liberman, who urged Kotler to do “the right thing and resign. I heard the statement she made, and I had a difficult time with it,” he said in a social media post Sunday. “One can make a mistake or misspeak and apologize for it – but I did not hear any apology from her.”

The story Kotler and Liberman were referring to was broadcast a week ago Motzoei Shabbos about the charges against the soldiers. The case involves five soldiers who were accused of torturing Arab prisoners. According to the indictment, they slapped the bound prisoners across the face, punched them, and beat them with blunt objects. The soldiers allegedly caused the prisoners to sustain serious injuries. Two of the soldiers are also accused of evidence tampering in the case. An officer indicted last Sunday is accused of having knowledge of the intention of the soldiers to carry out the actions but failing to prevent them. He is accused of witnessing the incidents as well and of failing to stop them.

At the end of the broadcast, she said that such incidents should be expected. “We send our children to the army where they serve in the territories, and we get back human animals,” she said at the close of the report.

As a result of the broadcast, thousands of complaints were filed with the Second Broadcasting Authority, responsible for the content broadcast on the program. A petition is circulating calling for the immediate dismissal of Kotler, Channel 20 said, with organizers aiming to collect 200,000 signatures. Numerous figures on the right slammed Kotler for what they called her “gratuitous opinionating” in media interviews, with many calling for her to resign.

Kotler addressed the comments on Motzoei Shabbos. “We broadcast a complicated and painful story last week on the Nezach Yehuda division,” she said. “For two weeks we prepared the story, with great caution, because we realized how sensitive the issue is. The purpose of the report was to give us as a society the impetus to take responsibility for what happened. The soldiers themselves cannot be blamed alone for violating moral values when it is us who put them in an impossible situation in the territories day after day. The court should take this into consideration and give them a lighter sentence,” she said.

Despite that, she said, “people, including politicians, jumped on my words, especially what I said at the end of the broadcast, ignoring all the messages that preceded it to condemn me.” At that point she began tearing up, stressing that she did not seek to blame “all” soldiers, only the guilty ones. “I am sorry if I hurt anyone with my comments but I cannot ignore the high price that we are paying in the lives of our soldiers and our children for controlling another people, a situation that has been going on for 52 years.” It is not only her right, she said, but her “obligation as a journalist to opine about the reality we live with. Despite the fact that thousands upon thousands called for my death last week, and some even wished so for my family, and despite the fact that I am afraid, I truly hope that I will continue to have the strength to do my job.”

Liberman said that the statement was nowhere near enough. “She didn’t apologize for the horrible things she said about IDF soldiers, whom she said are being turned into ‘animals.’ Just the opposite, she made clear that she would continue to use the public airwaves to give her personal opinions. The parents of the soldiers, as well as many viewers of the program, expect a new reader to read the news, and not inundate them with her ‘socially superior’ attitudes and opinions. Oshrat Kotler, you have the right to an opinion, but that belongs on the newspaper opinion page – not in the news broadcaster’s chair. The right thing to do would be to realize there is a problem and quit your job. The news broadcast is not your private domain for you to give your opinions.”