World In Japan’s Okinawa, Voters Deliver a Resounding No to New U.S. Military Base
World 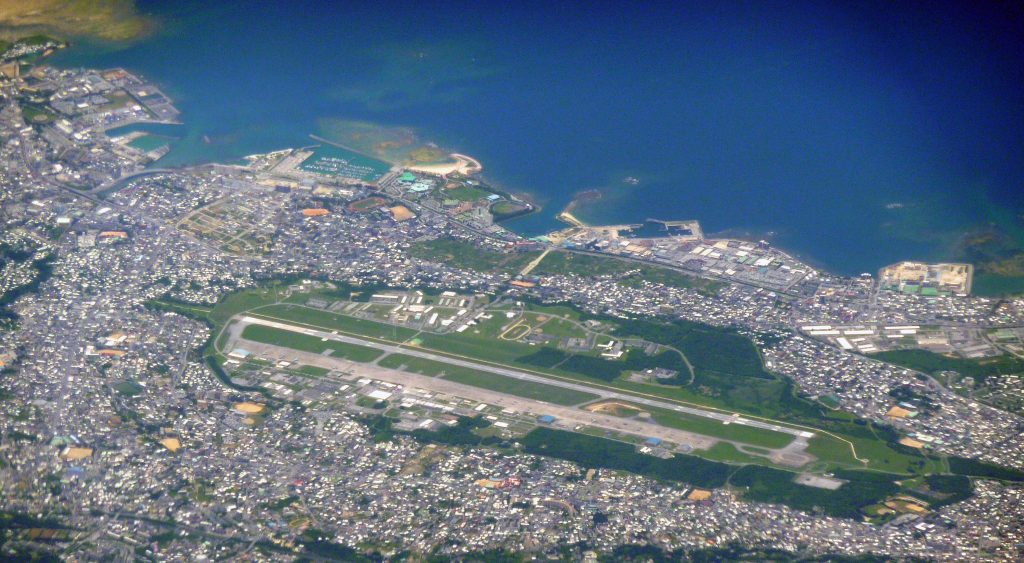 Voters in the Japanese prefecture of Okinawa resoundingly rejected the construction of a new U.S. military base on their island in a referendum on Sunday, causing a fresh headache for the central government and for U.S. forces in Japan.

Okinawa is home to about half the 54,000 U.S. troops stationed in Japan and houses the largest U.S. air base in the Asia-Pacific region. The U.S. military says its presence on the island is vital not only for the defense of Japan but also for keeping the peace in the region.

But Okinawans feel their small island bears an unfair burden of the U.S. military presence in Japan, and on Sunday they made their resentment felt.

The results showed that 72.2 percent of voters rejected the construction of a U.S. base at Henoko, in the north of the island. The turnout was over 52 percent.

The construction of the Henoko base was originally seen as a way to appease public opinion in Okinawa, because it was intended to replace a U.S. Marine Corps air station that is in a much more heavily built-up area.

But opponents say it isn’t enough to close the Futenma air station and move it to Henoko; they want fewer U.S. bases on their island, wherever they might be built. Environmentalists also complained that the landfill work needed to build the Henoko base would destroy coral reefs and a habitat for manatees.

The nonbinding referendum was backed by Okinawa Gov. Denny Tamaki, who was elected in September and had campaigned against the construction of the Henoko base.

But his subsequent appeals to the administration of Prime Minister Shinzo Abe to cancel the base construction have fallen on deaf ears, with the central government making clear that it sees no alternative to its plan to build at Henoko and close the Futenma site.

Tamaki called the referendum’s result “extremely significant.” He urged the government to review its position and enter into dialogue over the closure of Futenma.

“Regarding the relocation of the Futenma Air Field, I hope each one of the people (of Japan) will discuss it as their own issue, with an understanding that the burden of national security should be borne by the entire people,” he told reporters, according to public broadcaster NHK.

Okinawans complain about the noise of low-flying aircraft and the dangers of accidents from U.S. bases, as well as crimes committed over the years by members of the U.S. military, even though the military says crime rates among its personnel are actually lower than among the general Okinawan public.

The referendum asked voters whether they were for or against “the landfill work for the construction of the U.S. base that the government is planning in Henoko, Nago City, as a replacement for the Futenma Air Field.” It allowed three choices: “agree,” “oppose” or “neither.”

According to the referendum ordinance, Tamaki is expected to “respect the result” and present it to Abe and the U.S. president if the “agree” or “oppose” vote attracted a quarter of all registered voters in Okinawa, or 290,000 votes.

In the end, the “oppose” vote attracted 434, 273 votes, higher even than Tamaki’s vote tally in September.

“The people of Okinawa presented a definite no to the construction of the new base,” said Hiromori Maedomari, a professor at Okinawa International University and critic of the bases, calling it “a vote against the Abe administration” for ignoring the popular will expressed in Tamaki’s victory. It also attracted support from young voters normally seen as indifferent to politics, Maedomari said.

The referendum was originally proposed by 27-year-old Jinshiro Motoyama, who took leave from graduate school to organize a petition that attracted 93,000 signatures, nearly four times the threshold needed to present it to the Okinawan local assembly, which approved the referendum plan.

The vote attracted interest from celebrities within Japan and people around the world. A petition requesting that the White House respect the will of the Okinawan people has attracted more than 210,000 signatures.

Sunday’s was the second referendum on U.S. bases in Okinawa. In 1996, there was an even more decisive vote to reduce the number of U.S. forces in Okinawa. The plan to close Futenma and move to Henoko was born out of that vote but was later beset by delays, prevarication and legal challenges.

Landfill work resumed only two months ago after a long delay and had already run into controversy after opposition lawmakers revealed that a weak seabed could significantly push up the cost of the work and delay its completion.

Chief Cabinet Secretary Yoshihide Suga did not hide his frustration when asked Friday about the referendum at his regular news conference.

“We believe that the issue of the base relocation to Henoko started with an effort to eliminate the danger of the Futenma air base, said to be the world’s most dangerous,” he said.

“It is regrettable that the current governor does not explain how he intends to eliminate the danger and prevent the Futenma base from remaining permanently in its current location.”