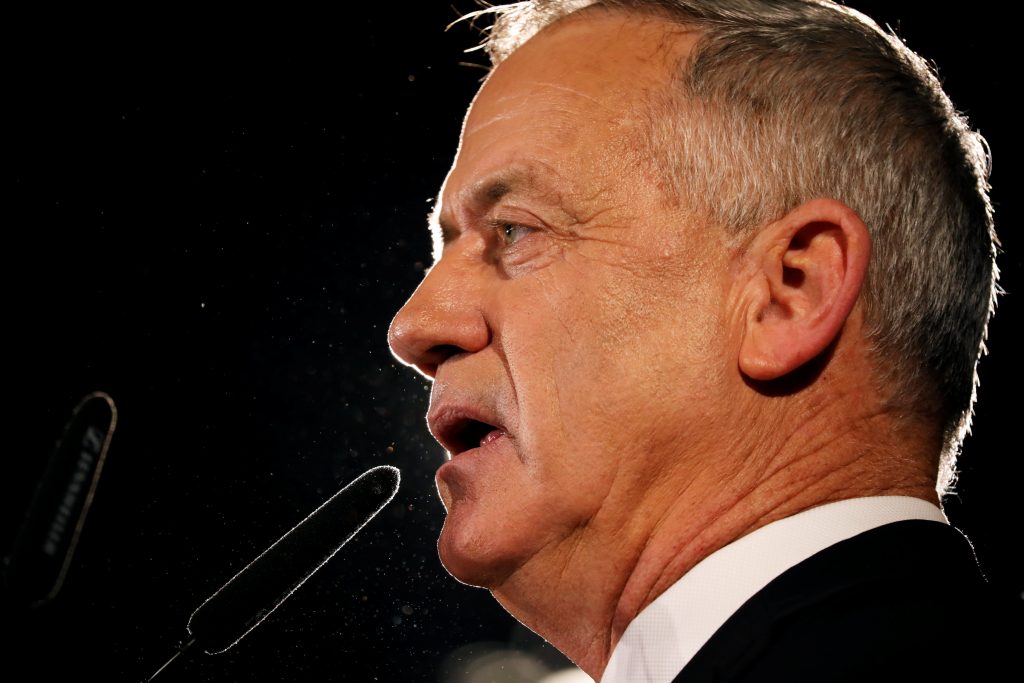 The office of Blue and White Party head Benny Gantz said in a statement that it “regretted that some media outlets have chosen to join the fake news reports” distributed by individuals who oppose Gantz and his candidacy. The statement was in response to the broadcasting of footage Thursday night that showed Gantz apparently throwing an elderly individual to the side, causing him to fall.

The incident occurred as Gantz, followed by other members of his party, left the site of his speech in which he introduced his union with Yair Lapid, along with fellow candidates Gabi Ashkenazi and Moshe Yaalon. As he was leaving the building, he was confronted by Eli Yosef, a longtime anti-war activist. The activist stood in Gantz’s way and implored him to promise that Israel would not sell arms to dictators. Gantz has been rumored to have been involved in the approval of the sale of arms to South Sudan, where tens of thousands were killed in recent wars.

The exchange, broadcast by Kan News, shows Gantz conversing with the activist, and promising to set up a meeting with him to discuss the matter. Yosef is then seen telling Gantz that “350,000 were killed in South Sudan,” but the rest of the comments were cut off, with Yosef falling. The footage shows Gantz moving his arm in the direction of the activist, apparently striking him.

“He’s much taller than me and he grabbed me by my collar in a very snooty manner,” Yosef wrote in a social media post. “He was speaking quietly but as a superior, telling me, ‘We want only good for you.’ I protested against the assistance he gave to South Sudan and his meeting with the head of South Sudan, where 350,000 people were killed. We’ll see if he really agrees to meet with me. This is an issue that concerns all Israelis – right, left, religious and chareidim – because we are all partners in war crimes.”