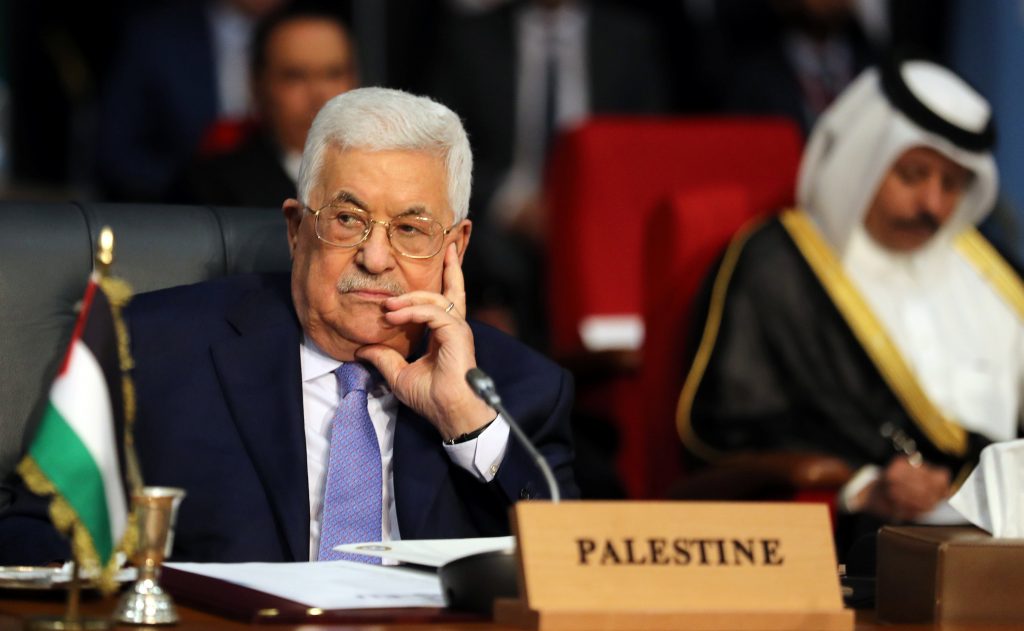 Thousands of Gazan demonstrators demanded the resignation of Palestinian Authority President Mahmoud Abbas on Sunday, amid the current power struggle between Hamas and the PA, The Times of Israel reported.

“Leave!” yelled crowds incensed at Abbas’s policies aimed at breaking the Hamas control over the enclave through financial measures including salary cuts of public sector employees and restricted hours of electrical power.

Abbas, 83, who is rumored to be in failing health, has not designated a successor.

Separately, in Chevron on Sunday, around 2,500 people rallied in support of Abbas.

Abbas himself was in Egypt’s Sharm El Sheikh to attend a European Union-Arab League summit. He met with Egyptian President Abdel Fattah el-Sissi while there, according to official Palestinian news agency Wafa.