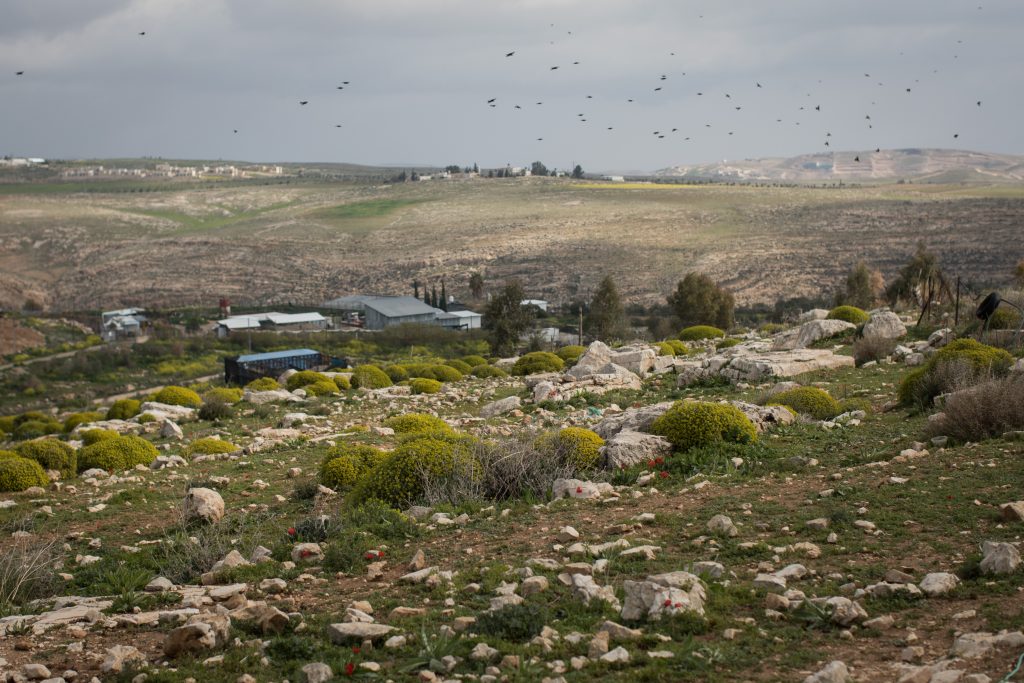 Palestinians allegedly uprooted and stole dozens of trees in Nokdim, Gush Etzion, which were just planted in the memory of Miss Ori Ansbacher Hy’d, murdered by a terrorist earlier this month.

The vandals tore up the memorial plot sometime early Sunday morning, taking about 50 of the young trees with them.

During the planting last Friday, IDF soldiers had to protect the local residents from Palestinians who sought to interfere with the ceremony. Miss Ansbacher was a resident of the nearby community of Tekoa.

The incident follows the destruction of about 200 cherry trees at kibbutz Kfar Etzion, in an area plagued by such vandalism.

“Only a week ago, we witnessed agricultural terrorism in Kfar Etzion, and we are again witnessing terror in Jewish agriculture by our neighbors,” Gush Etzion Regional Council head Shlomo Ne’eman said after Sunday’s attack.

“This phenomenon must not continue, to lead to a large wave of destruction in Israeli agriculture,” he said. “The State of Israel must define agricultural terrorism as terrorism in every way and bring about a solution to these phenomena that occur throughout the country… in the North, in the South and in Judea and Samaria.

“We must utilize a heavy hand and treat these events as a terror attack in every respect,” he continued. “It is forbidden to reach a situation in which it will reach human life. This is the order of the day and a red light must be lit for decision-makers.”