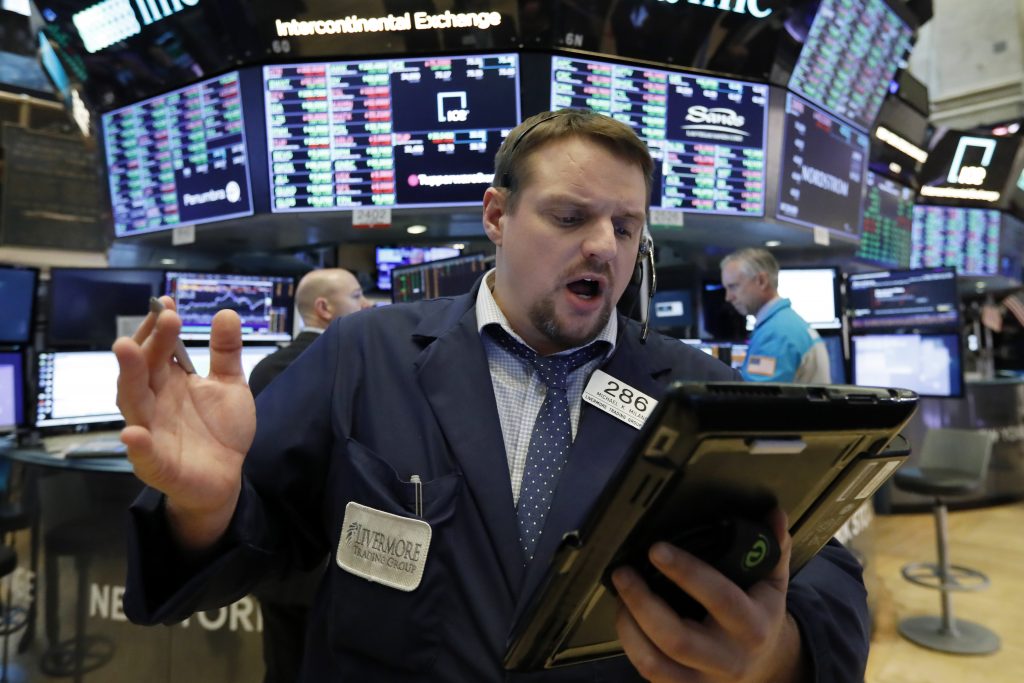 Technology and health-care companies led U.S. stocks higher in morning trading Friday, erasing some of the market’s losses from a day earlier and placing the benchmark S&P 500 on track for its fourth straight weekly gain.

Wayfair vaulted higher after reporting quarterly results that topped Wall Street’s forecasts. Kraft Heinz plunged after disclosing a federal investigation into its procurement operations and slashing the value of its Oscar Mayer and Kraft brands.

Traders also continued to await developments in Washington, where negotiators from the U.S. and China held another round of talks aimed at resolving their costly trade dispute, which has contributed to a dimmer outlook for corporate earnings growth this year.

THE QUOTE: The rally reflects expectations among traders that the U.S-China negotiations will lead to a resolution to the trade dispute, said Saira Malik, head of global equities at Nuveen.

“But the bigger picture is that with the market having such a nice rally year-to-date, we actually think we’re in for a period of consolidation,” she said. “Until you can see sustainable global economic growth, we think it’s going to be tough for the market to really move a lot higher from here.”

ALL ABOUT TRADE: High-level talks between the Trump administration and Chinese negotiators resumed Friday.

A Chinese team led by Vice Premier Liu He was meeting with U.S. Trade Representative Robert Lighthizer and other American officials. Liu was scheduled to meet President Donald Trump in the White House on Friday afternoon.

The world’s two biggest economies are locked in a trade war spurred by U.S. contentions that China uses predatory tactics to overtake U.S. technological dominance, including pressuring American companies to hand over trade secrets and in some cases stealing them outright.

The Trump administration has warned that it will increase its import taxes on $200 billion in Chinese goods from 10 percent to 25 percent if the two sides haven’t reached a resolution by March 2. But the White House has signaled a willingness to extend the deadline if negotiators are making progress.

KRAFT SQUEEZED: Kraft Heinz tumbled 27.8 percent after the packaged-foods company posted a stunning $12.6-billion fourth-quarter loss as it slashed the value of its Oscar Mayer and Kraft brands by $15.4 billion. The company also disclosed a federal investigation into its procurement operations.

LICKED: Stamps.com plunged 56 percent after the online shipping and postage company ended its exclusive partnership with the U.S. Postal Service and gave a weak forecast.