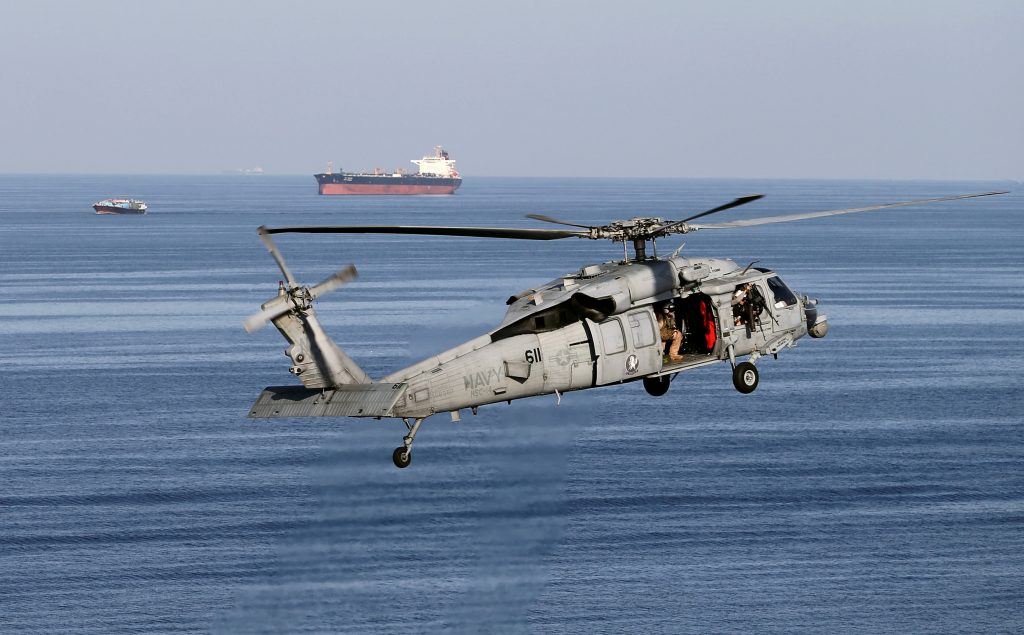 Iran on Friday began large-scale naval drills at the mouth of the Gulf, which will feature its first submarine cruise-missile launches, state media reported, at a time of rising tensions with the United States.

More than 100 vessels were taking part in the three-day war games in a vast area stretching from the Strait of Hormuz to the Indian Ocean, the state news agency IRNA reported.

“The exercise will cover confronting a range of threats, testing weapons, and evaluating the readiness of equipment and personnel,” navy commander Rear Admiral Hossein Khanzadi, said in remarks carried by state media.

“Submarine missile launches will be carried out … in addition to helicopter and drone launches from the deck of the Sahand destroyer,” Khanzadi said.

State media said Iran would be testing its new domestically built Fateh (Conqueror) submarine which is armed with cruise missiles and was launched last week.

Iranian officials in the past have threatened to block the Strait of Hormuz, a major oil-shipping route, in retaliation for any hostile U.S. action, including attempts to halt Iranian oil exports through sanctions.

U.S. President Donald Trump pulled out of an international agreement on Iran’s nuclear program last May and reimposed sanctions on Tehran. He said the deal was flawed because it did not include curbs on Iran’s development of ballistic missiles or its support for proxies in Syria, Yemen, Lebanon and Iraq.

Iran has expanded its missile program, particularly its ballistic missiles.

Iran launched its domestically made destroyer Sahand in December, which officials say has radar-evading stealth properties.

The USS John C. Stennis entered the Gulf in December, ending a long absence of U.S. aircraft carriers in the strategic waterway.

Iran displayed a new cruise surface-to-surface missile with a range of 800 miles earlier this month during celebrations marking the anniversary of the 1979 Islamic Revolution.

Western experts say Iran often exaggerates its weapons capabilities, although there are concerns about its long-range ballistic missiles.