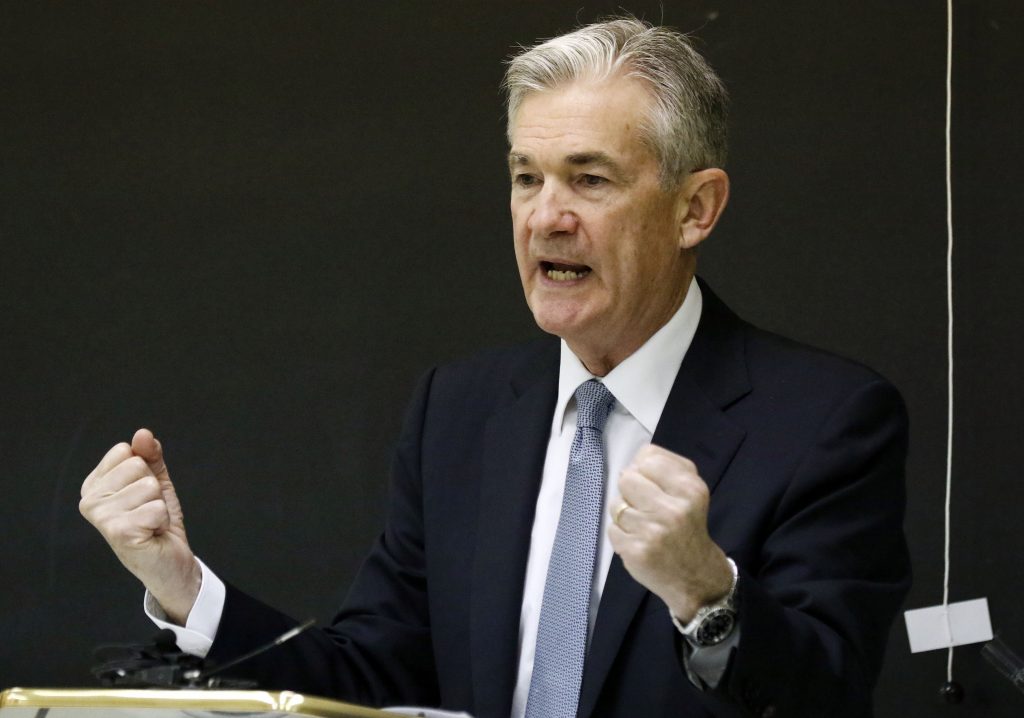 The Federal Reserve said Friday that in light of a slowing global economy and last year’s financial-market turmoil, the central bank intends to remain “patient” in determining when to make future changes to its benchmark interest rate.

The Fed’s semi-annual report to Congress on monetary policy stood in contrast to its last report in July, when it signaled that it was on track to keep raising rates at a gradual pace over the next two years.

The new report cites a range of risks to the economy that have developed over the last six months, as well as continued muted inflation, as reasons to slow further hikes.

Many private economists believe the Fed may raise rates at most only one more time late this year. And some analysts are even forecasting that the next move will be a cut in rates as the Fed confronts a slowing economy this year.

At its last meeting in January, the Fed left rates unchanged at a level of 2.25 percent to 2.5 percent and signaled a major pivot away from steadily raising rates by declaring that it intended to be “patient” in deciding when to raise rates again.

Various Fed officials, including Chairman Jerome Powell, have emphasized that change in speeches since the Jan. 29-30 meeting. Powell will testify on the Fed’s Monetary Policy report before Senate and House committees next Tuesday and Wednesday.

The report noted the turbulence that hit markets in the final three months of last year. But unlike President Donald Trump, who tied falling stock prices to the Fed’s rate hikes, the central bank cited other factors, including Trump’s trade policies.

“Financial market participants’ appetite for risk deteriorated markedly in the latter part of last year amid investor concerns about downside risks to the growth outlook and rising trade tensions between the United States and Canada,” the monetary report said.

The Fed’s decision in January triggered a big rally in stock prices, as investors grew less concerned that the Fed could over-do its tightening cycle and push the country into a recession.

The Fed had raised rates four times in 2018 and signaled in December that it expected to hike rates another two times in 2019.

Among the highlights of the Fed’s monetary report:

— Economic growth was impacted by slower consumer spending and business investment in the second half of 2018. The housing market also weakened amid rising mortgage rates and higher material and labor costs. A softening in consumer and business sentiment since the fall likely reflected financial market volatility and increased concerns about the global outlook.

— The Fed has been trimming its balance sheet by not reinvesting some Treasury securities and mortgage-backed bonds as they mature, resulting in a drop in total Fed assets of about $260 billion since the middle of last year. The Fed’s balance sheet ended the year close to $4 trillion, down from a high of $4.5 trillion before the Fed began trimming the balance sheet in October 2007. The Fed minutes from its January meeting indicated that the central bank is close to announcing a plan for drawing the balance-sheet reduction to a close.

— While unemployment has fallen close to a 50-year low, not all areas of the country have benefited equally, with rural areas lagging behind metropolitan areas. The Fed said broader economic trends, such as the on-going shift that has favored workers with more education, has resulted in rural areas getting left behind.