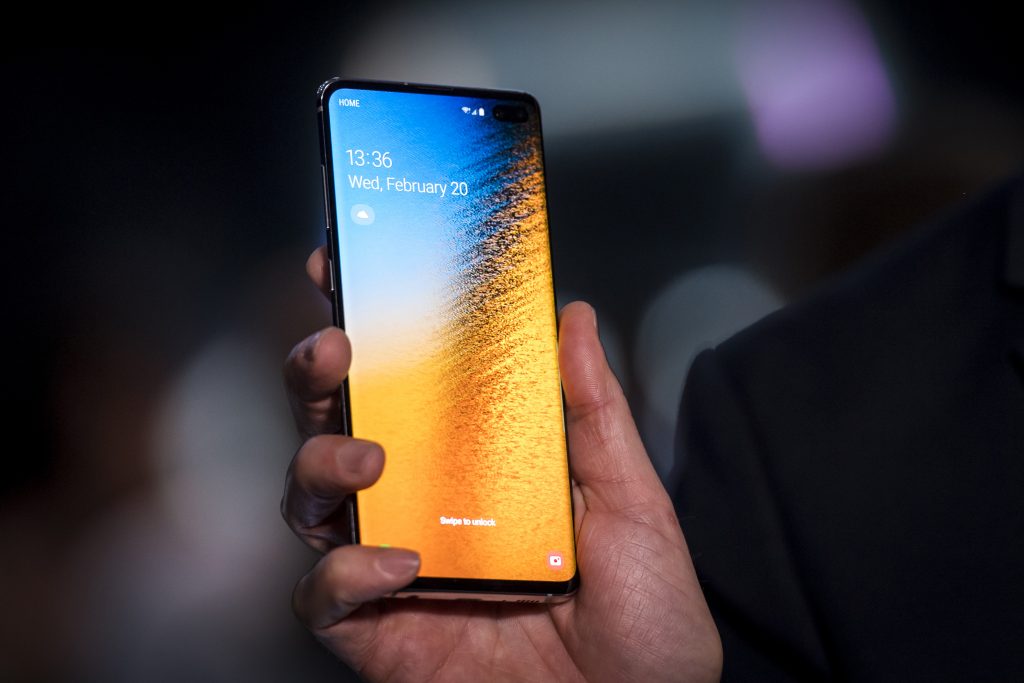 Having a family of three devices has become a trend, and in many ways the S10e, S10, and S10+ are Samsung’s answers to Apple’s iPhone XR, XS, and XS Max respectively. Despite the similar naming convention (Galaxy “S ten” versus iPhone “ten S” ), there are some significant differences between how the two flagships compete for consumers’ wallets.

We’ll break down some of the most significant ways Samsung and Apple are differentiating their competing phones.

Great pictures are essential for any top-end phone. Samsung has equipped the S10+ with three rear-facing cameras-one for close-ups, one for standard shots, and an ultra-wide one for expansive scenes. The iPhone has two lenses, however, which on paper seems to put it at a disadvantage. The truth is that lenses alone don’t determine the quality of the picture, and Apple has always preferred a “quality before quantity” approach to features, but having three lenses to play with instead of two should win over creatives for the sheer versatility.

The S10+ has a massive 6.4-inch screen, but the iPhone XS Max’s is slightly bigger at 6.5 inches. However, the industry standard “notch” atop the iPhone’s display is not something Samsung adopted. Instead, the S10+ has an unusual “hole punch” design for its front-facing cameras. This gives the display an asymmetrical profile, but it also increases the usable space.

One of the reasons Apple includes a larger notch in its design is because it houses advanced facial-recognition features for keeping its devices secure; the FaceID technology requires multiple sensors to function, and currently that means it needs to eat into more of the display.

Samsung hasn’t ignored security, though-it’s baked a fingerprint reader underneath the screen itself. It uses ultrasound to detect the gaps between the ridges on a user’s finger, which Samsung said makes it more secure than a traditional sensor.

The trade-off is clear: you’re happy using fingerprints if it means you get more screen real estate, or you’re content to forgo a few extra pixels in order to make your face your sole method of authentication.

The iPhone XS Max and Galaxy S10+ can both be charged wirelessly, but Samsung gave its phone a bonus perk: it can charge other products wirelessly, too. Theoretically you could charge your colleague’s iPhone by placing it on top of your S10+, but Samsung said it sees the feature mostly being used to charge accessories like headphones and smartwatches.

Samsung also takes the crown for offering the most storage for digital media. The S10+ comes with up to a terabyte of internal capacity, which is double the 512GB maximum offered by the iPhone XS Max. But the S10+ also supports microSD cards up to 512GB in capacity as well, meaning it’s possible to have triple the space compared to Apple’s flagship. (In fact, that 1.5TB total is higher than all but the most expensive of Apple’s MacBook Pro laptops.)

Until the phone gets released for review it’s impossible to say how well the S10+ will perform compared to the iPhone. Apple’s device uses its own A12 Bionic chip, which has six processing cores, while Samsung uses an eight-core processor. But historically Apple’s custom-designed silicon, its integration with the iOS software it powers, together with the rest of the hardware in the phone, has given it the edge over competitors whose numbers, on paper, appear greater. What’s safe to say is that both phones should handle anything realistically thrown at them.

These phones are among the most expensive flagships either has made within their categories, and on paper they’re undeniably the pinnacle of each company’s design prowess. Buying either is to buy one of the best phones on the planet.

As for the customer on the fence over whether to defect from one manufacturer to another, it’ll be a trade-off between display notch versus display hole punch, advanced facial recognition versus fingerprint reader, and tight hardware-software integration versus expandability. And iOS versus Android, of course-the ecosystem of apps and subscription services are playing an increasing part in keeping customers loyal.

Consumers looking to buy a significantly different type of phone could look to Samsung’s Galaxy Fold, which can work as a 4.6-inch handset or, when unfolded, a 7.3-inch tablet.