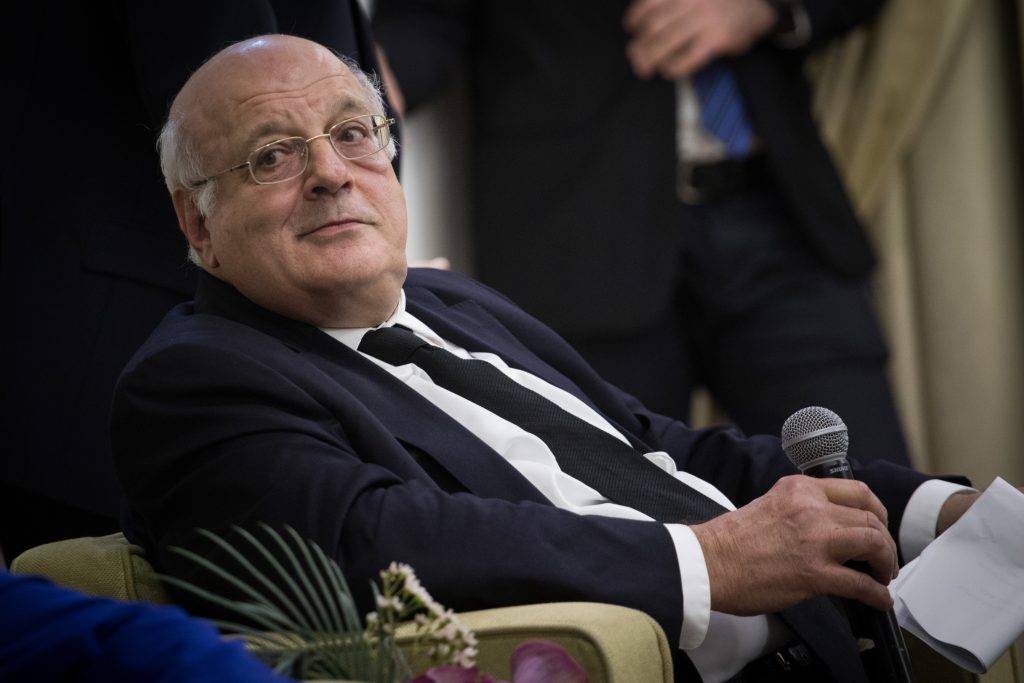 The deal to unite religious rightwing parties Jewish Home, National Union and Otzma Yehudit was approved by members of Jewish Home Wednesday night – but the deal could be challenged, by no less than the Central Election Committee, to which party lists must be submitted by 10:00 p.m. Thursday. In an interview on Reshet Bet Thursday, committee head and High Court Judge Chanan Meltzer called the deal “unprecedented,” and worthy of examination by the committee.

Meltzer was referring to a section of the agreement that includes the Likud. According to the deal, Prime Minister Binyamin Netanyahu, who was given three slots on the Likud list to choose candidates on his own without requiring an approval vote by party members, will choose a Jewish Home member – likely current Deputy Defense Minister Eli Ben-Dahan – to join the Likud. In addition, the Likud has promised two ministries to the joint rightwing list.

Meltzer said that it was “unprecedented” that one party could “import” a member of another party onto its list. “This is a legal issue that may have to come up for adjudication. We may have to consider its legality. As such, I can’t really give my opinion on the appropriateness of the move,” he said.

Also challenging the deal is MK Yehuda Glick, who has filed a petition with the Likud Central Committee against including the Jewish Home MK on the Likud list. “I ask that the committee cancel the right of the party head to appoint a person of his choosing to the 28th slot on the list, and to clarify that this reserved spot be available only to Likud members,” he wrote committee members. Glick is number 42 on the Likud list.

Besides the 28th slot and the two ministries, the Likud has also signed a vote exchange deal with the united right list. Any excess votes that do not amount to the votes needed to attain a Knesset seat in either party will be transferred to the other side, so as not to waste any votes.