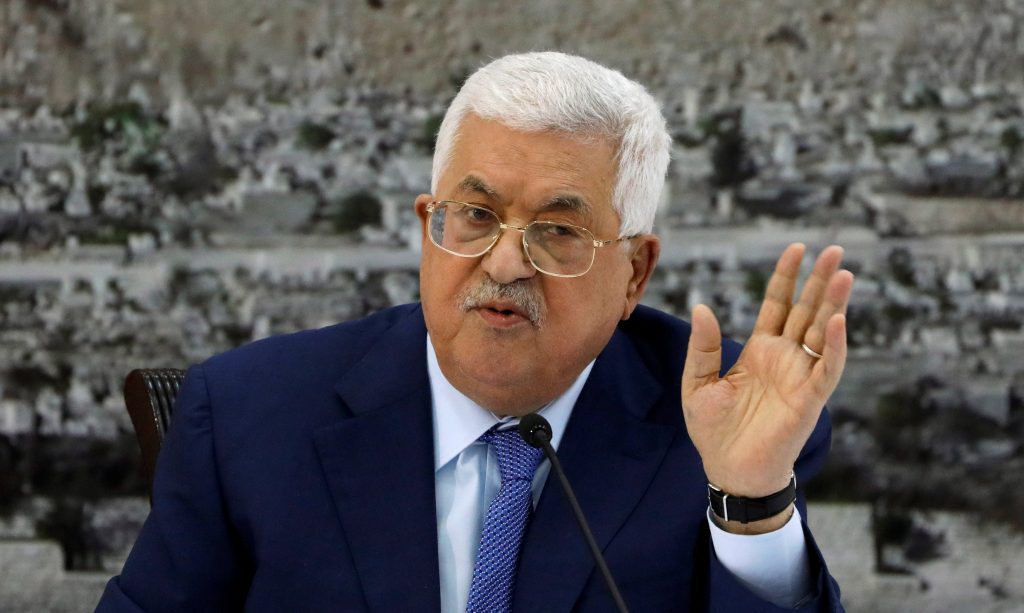 If Israel indeed does not transfer to the Palestinian Authority all the money it collects in taxes on its behalf and holds back hundreds of millions of shekels because of the payments of the PA to terrorists and their families, the PA will stop paying salaries to employees – including to security personnel, PA police equipped with weapons, beginning next month, a Lebanese report said. The move is designed to pressure Israel not to cut the payments, and to incite opposition to the impending Washington-based “deal of the century” peace plan that the administration of U.S. President Donald Trump will present after the Israeli elections.

The report in the Lebanese Al-Ahabar newspaper, Thursday, reflected comments by PA chief Mahmoud Abbas, Wednesday. At a meeting of top PA leadership, Abbas said that if Israel withheld any money, the PA would refuse to accept all of it – and it would also cancel economic agreements with Israel.

The move by Israel “is the final nail in the coffin of the Paris Accords,” Yisrael Hayom quoted Abbas as telling top PA terrorists. “Israel is violating these agreements and the implications will be very serious. This is another siege of the Palestinians, who are already collapsing because of the evils of the occupation. All of these moves against us are part of the Trump plan. We will not allow this to happen,” Abbas said.

On Tuesday, Abbas met with a delegation from the far-left J Street group, and told them that if Israel deducted any money from the transfer payments, the PA would turn down the rest. “It’s all or nothing,” he told the group. “Even if we had just a small amount of money, NIS 20 or 30 million, our priority would be paying” the terrorists and their families. “We don’t need Israel’s money,” the newspaper quoted Abbas as telling the group.

There have been varying estimates of just how much the PA lays out for salaries for terrorists in Israeli prisons – paid directly to them or their families – and as pension payments for terrorists killed in the act of murdering Israelis. The Cabinet earlier this week said it would withhold about NIS 580 million in payments to the PA.

Abbas’s office reacted angrily to the decision. “This is an outrageous decision that will completely destroy our agreements with Israel. This decision will harm the economic development of the PA,” Abbas’s office said in a statement. With that, the PA will not stop its payments to terrorists. “We will not do business with our rights,” it said. “The deduction of money is robbery of money that belongs to the Palestinian people. We will not allow any harm to the income of our heroes and the families of the martyrs and the injured. This decision will have implications on many levels. We will consider it in the next meeting of the Palestinian leadership in the coming days,” it added.

The decision came on the same day that the Cabinet approved that a mechanism should be in place to deduct money transferred to the PA in the amount of payouts to terrorists, as required by Knesset legislation passed last July that came into effect on January 1. The deductions come from customs payments Israel collects on behalf of the PA, in accordance with the Paris Accords, which regulate economic relations between Israel and the PA.