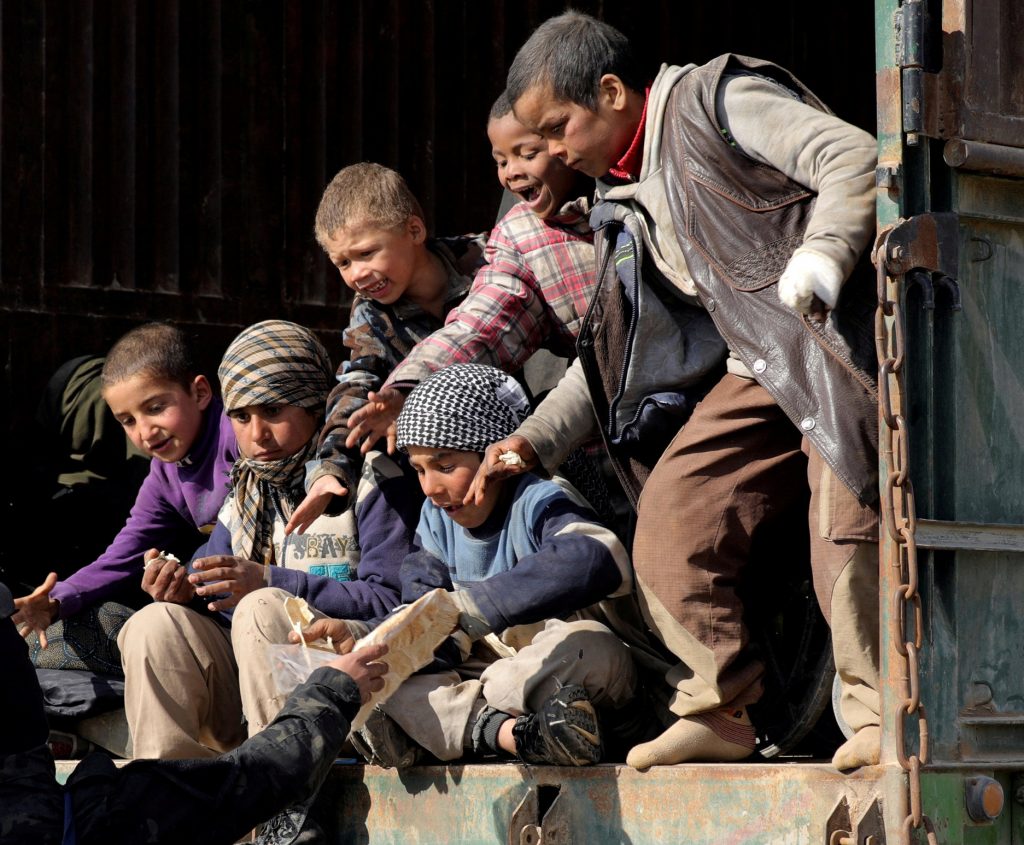 The operation to destroy Islamic State’s final vestige of rule in Iraq and Syria hit a temporary snag on Thursday, as an expected evacuation of the remaining civilians from its last enclave in eastern Syria did not go ahead.

The U.S.-backed Syrian Democratic Forces (SDF), which has steadily driven the jihadists down the Euphrates, has surrounded them at Baghouz near the Iraqi border, but does not want to mount a final attack until all civilians are out.

Iraqi sources said the SDF handed over more then 150 Iraqi and other foreign jihadists to Iraq on Thursday, under a deal involving a total of 502.

The SDF had expected to pull the last civilians from Baghouz on Thursday, but trucks it sent in left empty. “We can’t get into details, but today no civilians came out,” SDF official Mustafa Bali told Reuters.

Baghouz is all that remains for Islamic State in the Euphrates valley region that became its final populated stronghold in Iraq and Syria after it lost its major cities of Mosul and Raqqa in 2017.

In Paris, a French source said the U.S.-led coalition fighting Islamic State was verifying whether an air strike killed French jihadist Fabien Clain, who voiced the recording claiming the November 2015 attacks on Paris.

A second French source close to the matter said Clain had been killed and his brother Jean-Michel seriously wounded after a coalition strike on Wednesday in Baghouz.

In the 2015 attacks, gunmen and suicide bombers killed 129 people in the French capital. France’s military, foreign ministry and president’s office declined comment. The coalition said it could not confirm the information at this time.

The capture of Baghouz will nudge the eight-year-old Syrian war towards a new phase, with President Donald Trump’s pledge to withdraw troops leaving a security vacuum that other powers are seeking to fill.

Though the fall of Baghouz marks a milestone in the campaign against IS and the wider conflict in Syria, Islamic State is still seen as a major security threat.

The group has steadily turned to guerrilla warfare and still holds territory in a remote, sparsely populated area west of the Euphrates River — a part of Syria otherwise controlled by the Syrian government and its Russian and Iranian allies.

Bali told Reuters the SDF would attack Baghouz once the civilian evacuation was complete. He did not say how much more time was needed to finish off the remaining Islamic State militants, or give a new estimate of how many fighters remained.

The SDF has previously estimated several hundred fighters – believed mostly to be foreign jihadists – are still inside.

A Reuters witness saw warplanes in the sky over Baghouz on Thursday though there was no sound of fighting or shelling.

The U.S.-led coalition said on Wednesday “the most hardened” jihadists remain in Baghouz.

The SDF has not ruled out the possibility that some Islamic State fighters had left Baghouz with the civilians.

SDF and coalition forces are recording the names and questioning everyone who has left in the civilian convoys.

Many of the people who left the enclave in civilian convoys have been Iraqis, some of whom said they had crossed from Iraq into Syria as Iraqi government forces made gains against Islamic State on the other side of the frontier.

Two Iraqi military sources told Reuters the handover of Islamic State fighters on Thursday was the first of several.

“The majority of the fighters are Iraqi,” said a military colonel whose unit is stationed at the Syrian border. “But we have a few foreigners.”

Islamic State, whose leader Abu Bakr al-Baghdadi declared himself “caliph”, or leader of all Muslims, in 2014, attracted members from all over the world, including many Western states.

A Turkish official said Turkey was doubling down its own security measures to make it harder for foreign fighters still in Syria or Iraq to pass through Turkey, noting that the threat was much greater than the 800 that the SDF says it is holding.

Western countries refusing to repatriate jihadists were not living up to their responsibilities and leaving countries like Turkey to face the consequences, the official added.

Britain has stripped the citizenship of a teenager who went to Syria aged 15 to join Islamic State. But interior minister Sajid Javid said he would not take a decision that would leave anyone stateless, after Bangladesh said it would not accept her.

Secretary of State Mike Pompeo said a woman born in the United States who joined Islamic State did not qualify for U.S. citizenship and had no legal basis to return to the country.