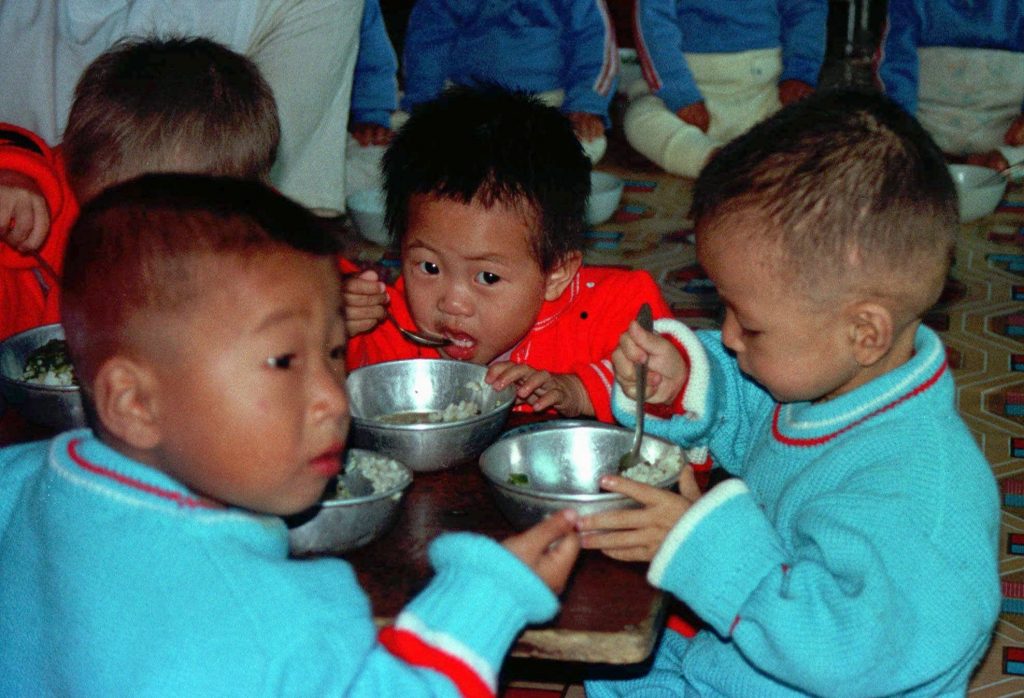 North Korea has warned that it is facing a food shortfall of some 1.4 million tons in 2019 and has been forced to almost halve rations, blaming high temperatures, drought, floods and United Nations sanctions in a memo seen by Reuters on Thursday.

The release of the undated two-page memo by the North Korean mission to the United Nations comes ahead of a second summit next week between President Donald Trump and North Korean leader Kim Jong Un on denuclearization of the Korean Peninsula.

Washington has been demanding that North Korea give up a nuclear weapons program that threatens the United States, while North Korea has been seeking a lifting of punishing sanctions, a formal end to the 1950-53 Korean War and security guarantees.

The 15-member U.N. Security Council has unanimously boosted sanctions on North Korea since 2006 in a bid to choke off funding for Pyongyang’s nuclear and ballistic missile programs.

“The DPRK government calls on international organizations to urgently respond to addressing the food situation,” read the North Korean memo, which the country’s U.N. mission described as a follow-up to joint assessment with the World Food Programme between Nov. 26 and Dec. 7, 2018. WFP declined to comment.

The official name for North Korea is the Democratic People’s Republic of Korea (DPRK).

U.N. officials and aid groups in North Korea are consulting with the government to “further understand the impact of the food security situation on the most vulnerable people in order to take early action to address their humanitarian needs,” U.N. spokesman Stephane Dujarric said on Thursday.

He said the United Nations and aid groups were only able to help one third of six million people estimated to be in need last year due to a lack of funding. A U.N. appeal for $111 million in 2018 was only a quarter funded, Dujarric said.

The United Nations estimates a total of 10.3 million people — almost half the population — are in need, and some 41 percent of North Koreans are undernourished, Dujarric said.

Along with extreme weather, the North Korean memo also blames U.N. sanctions for restricting the delivery of farming materials and hindering fuel supply for the agricultural sector.

Humanitarian aid nearly ground to a halt last year as the United States stepped up the enforcement of the U.N. sanctions, even though the Security Council North Korea sanctions committee has said sanctions “are not intended to have adverse humanitarian consequences for the civilian population.”