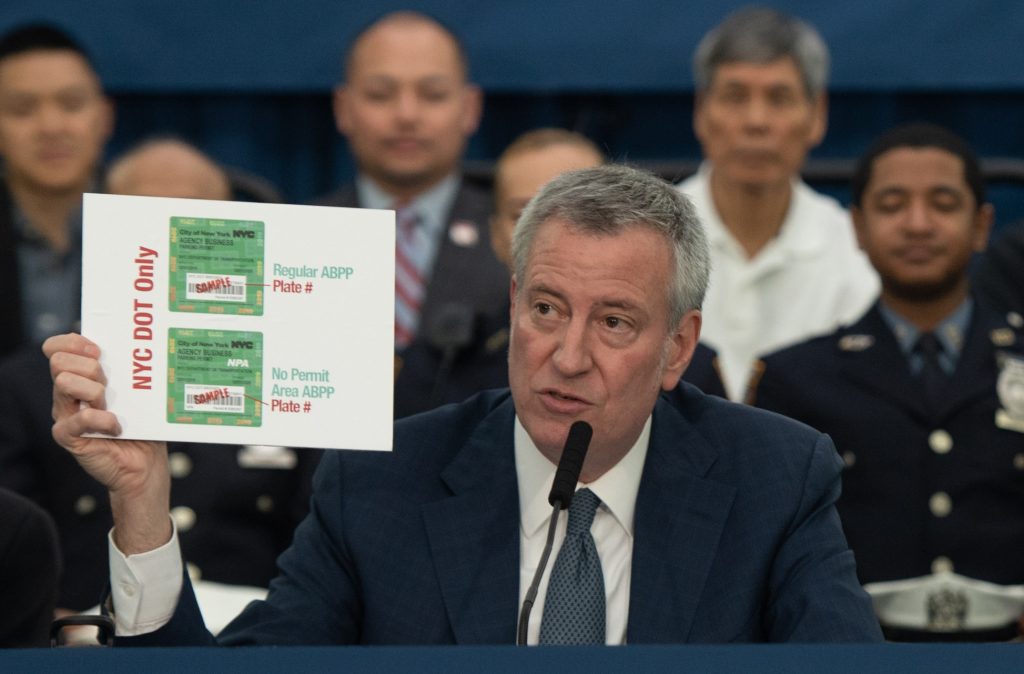 New York City is moving toward a digital system to crack down on abuse of parking placards, Mayor Bill de Blasio announced Thursday.

The placards for special parking permits will be replaced with window stickers by the end of 2019, pending results of a pilot program currently in place on 300 city-owned vehicles. The window stickers cannot be moved to another vehicle, reducing the risk of it being abused by being moved from vehicle to vehicle.

By 2021, the city hopes to transition to a fully digital system, in which license plates with special permits will be registered and connected with parking meters and hand-held enforcement devices, automating the decision as to whether a vehicle is illegally parked. For example, if a government employee has authorization to park at certain places at times, those stipulations attached to a license plate that will automatically register as legally or illegally parked.

A crackdown on misuse of parking placards that began in 2017 led to a 93 percent increase in fines for illegal parking in 2018, as compared to 2016.

The mayor will be dedicating a special, 10-person placard-enforcement unit at the Department of Transportation, and enact a three-strikes-and-you-re-revoked policy for misuse of a placard. Fraudulent use of a placard will be its own violation, on top of a parking violation.

The mayor will also lobby to change state law, to raise the penalty for a placard violation from $50 to $250.

“Placard abuse erodes faith in government and has no place in our city – it’s simply a question of fairness,” said de Blasio.

“This new initiative will help ensure our City streets are kept clear and that privileges are not abused,” said NYPD Chief of Transportation Thomas Chan.