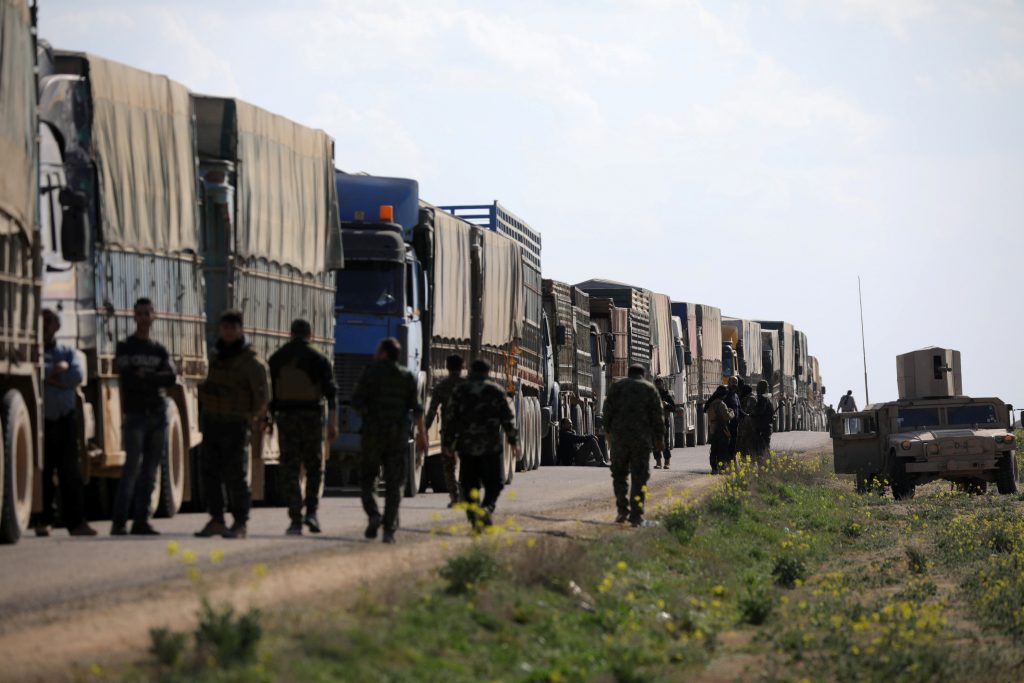 The last civilians are expected to be evacuated from Islamic State’s final enclave in eastern Syria on Thursday, clearing the way for U.S.-backed forces to attack terrorists still holed up inside, the U.S.-backed Syrian Democratic Forces said.

The village of Baghouz at the Iraqi border is the last scrap of territory left to Islamic State in the Euphrates valley region that became its final stronghold in Iraq and Syria after a series of defeats in 2017.

Taking it will nudge the eight-year-old Syrian war towards a new phase, with President Donald Trump’s pledge to withdraw troops leaving a security vacuum that other powers could seek to fill.

The head of the SDF media office, Mustafa Bali, told Reuters the SDF would attack once the civilian evacuation of Baghouz was complete – a process he expected to be finished on Thursday.

Baghouz, on the eastern bank of the Euphrates, is completely surrounded by the SDF.

Bali did not say how much more time was needed to finish off the remaining Islamic State militants, or give a fresh estimate of how many fighters remained.

The SDF has previously estimated several hundred terrorists – believed mostly to be foreign jihadists – are still inside.

The U.S.-led coalition said on Wednesday “the most hardened” jihadists remain in Baghouz.