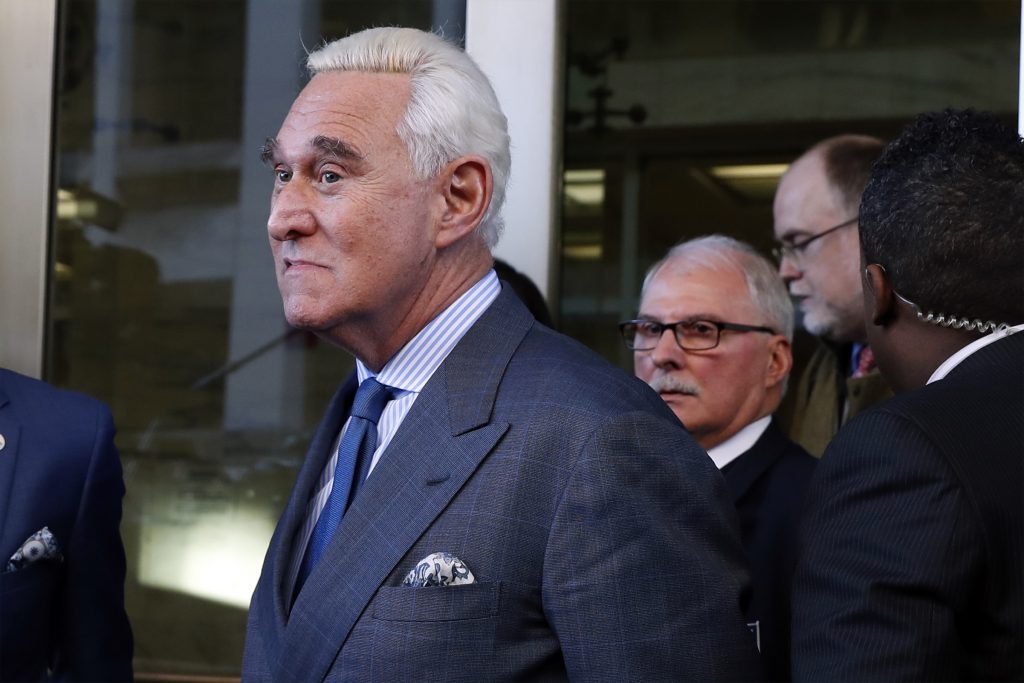 A federal judge issued a broad gag order forbidding Roger Stone to discuss his criminal case with anyone and gave him a stinging reprimand Thursday over the longtime Trump confidant’s posting of a photo of the judge with what appeared to be crosshairs of a gun.

She promised to throw him behind bars if he violates the court order in any way.

U.S. District Judge Amy Berman Jackson said that it would be “foolhardy” for her not to take any action over the social media post and that Stone would “pose a danger” to others in the case if the conditions of his release weren’t modified to include a gag order.

“Roger Stone fully understands the power of words and the power of symbols and there’s nothing ambiguous about crosshairs,” the judge said. “How hard was it to come up with a photo that didn’t have a crosshairs in the corner?” she quipped at one point.

The political operative and self-described dirty trickster is the sixth Trump aide or adviser charged in special counsel Robert Mueller’s investigation. He was arrested last month and has remained free on a $250,000 personal recognizance bond. Stone has maintained his innocence and blasted the special counsel’s investigation as politically motivated.

During Thursday’s tense and animated hearing in federal court in Washington, Stone took the witness stand to try to explain his social media post and apologize to the judge, repeatedly telling her he had made an egregious and inexcusable mistake.

“Thank you, but the apology rings quite hollow,” she shot back before instituting the gag order.

The judge said she doubted Stone had learned his lesson and it was clear he needed “clear boundaries” about what he can and can’t say to prevent potential jurors from being prejudiced.