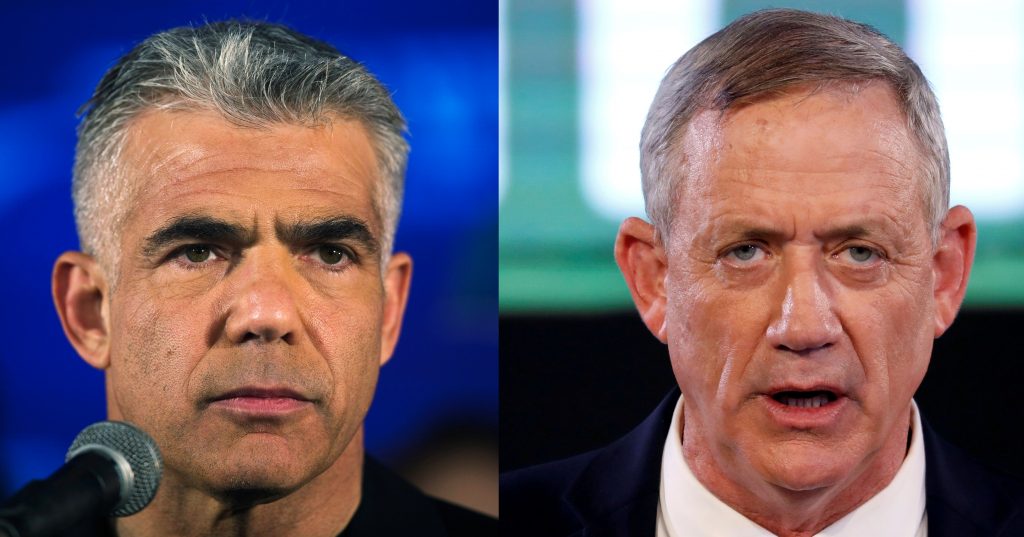 Prime Minister Binyamin Netanyahu’s strongest challengers in the election joined forces on Thursday, a dramatic turn in a race his Likud party has been predicted to win easily.

Head of Israel Resilience party, retired military chief Benny Gantz, and Yair Lapid, head of the Yesh Atid party, said they would present a joint list that “will constitute the new Israeli ruling party.” In a joint statement, the two said they were “motivated by national responsibility.”

“The new ruling party will bring forth a cadre of security and social leaders to ensure Israel’s security and to reconnect its people and heal the divide within Israeli society,” they said. A formal announcement is expected later in the day.

Recent polls suggest that together, the two could surpass Netanyahu’s ruling Likud to become Israel’s largest faction. Under their unity arrangement, the two agreed to a rotation leadership should they come to power, under which Gantz would first serve as prime minister and would then later be replaced by Lapid.

Following them in the joint list would be a pair of other former military chiefs, Gabi Ashkenazi and Moshe Yaalon. Ashkenazi announced he was joining the new party because of the “pivotal moment and the national task at hand.”

Even if the joint list surpasses Likud at the ballot box, it is not guaranteed to form the next government unless it can garner a parliamentary majority with other parties. In anticipation of the announcement of a new centrist alliance, Netanyahu orchestrated a merger of far-right parties on Wednesday that could help him build a governing coalition after the ballot.

In its statement, Resilience announced that another popular former armed forces chief, Gaby Ashkenazy – like Gantz a political newcomer – had agreed to join the new centrist alliance.