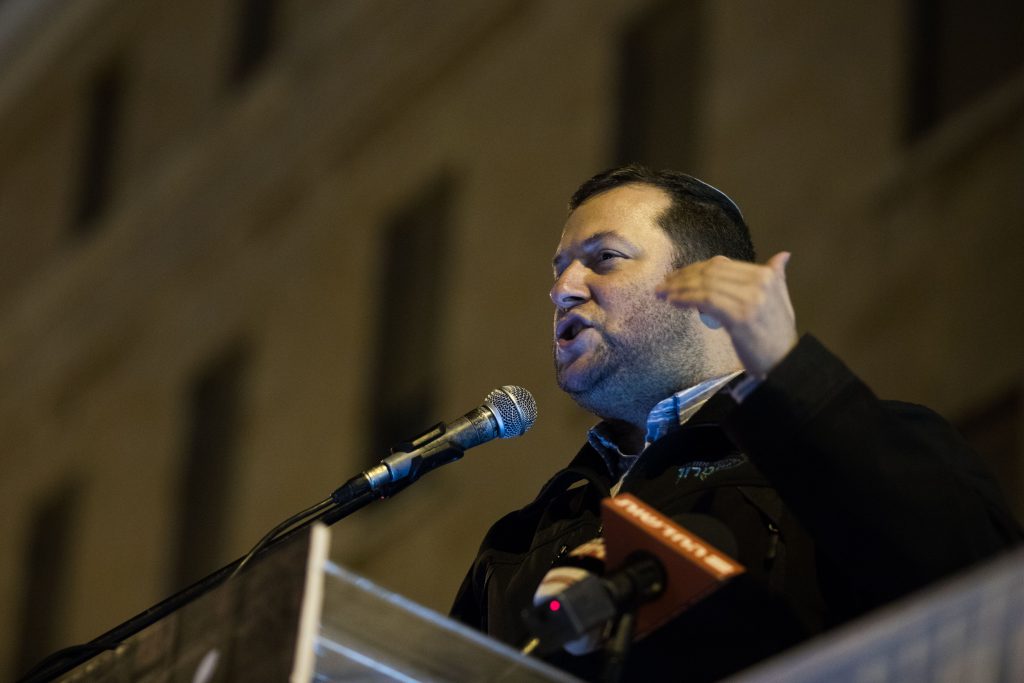 Congressman Andy Barr of Kentucky and Congressman Andy Harris of Maryland toured Shomron on Wednesday with the head of the Shomron Regional Council Yossi Dagan and expressed their opposition to the uprooting of Israeli communities as part of a diplomatic plan.

The U.S. representatives visited the Barkan Industrial Zone where they heard about coexistence in the area and visited the Israeli Tura Winery.

Dagan called on them to convey a clear message to the Trump administration that the true path to peace is through economic peace, rather than uprooting of Israeli communities.

President Donald Trump is expected to publish his “Deal of the Century” peace plan in the coming months, possibly immediately after the Israeli elections in April. Various reports say that the deal could entail significant concessions on Israel’s part.

Commenting on such an eventuality, Barr stated that if Trump proposes the evacuation of Jews in Yehudah and Shomron as part of the diplomatic plan, he will oppose it.

He said that his mission, after what he learned in Shomron, was to promote the economic development in the region as “the best way to achieve peace and prosperity” for Jews and Arabs.

Harris estimated that the Trump plan will not include the evacuation of Israeli communities in Yehudah and Shomron, saying that such an option is “hypothetical, I am not willing to accept it.”

The evacuation of Israeli communities is considered by most Israelis as a mistaken idea, and therefore Harris does not think that Trump will make such a proposal.

Dagan thanked the congressmen for their visit, saying that it “strengthens us.”

Facing terrorist attacks and delegitimization campaigns by the anti-Israel BDS movement, Dagan expressed his opinion that “if we can create good cooperation between us, we can win. And I feel we can win.”