Business AUTO REVIEW: 2019 Chevy Blazer Is Here — And Nothing Like What You Remember
Business 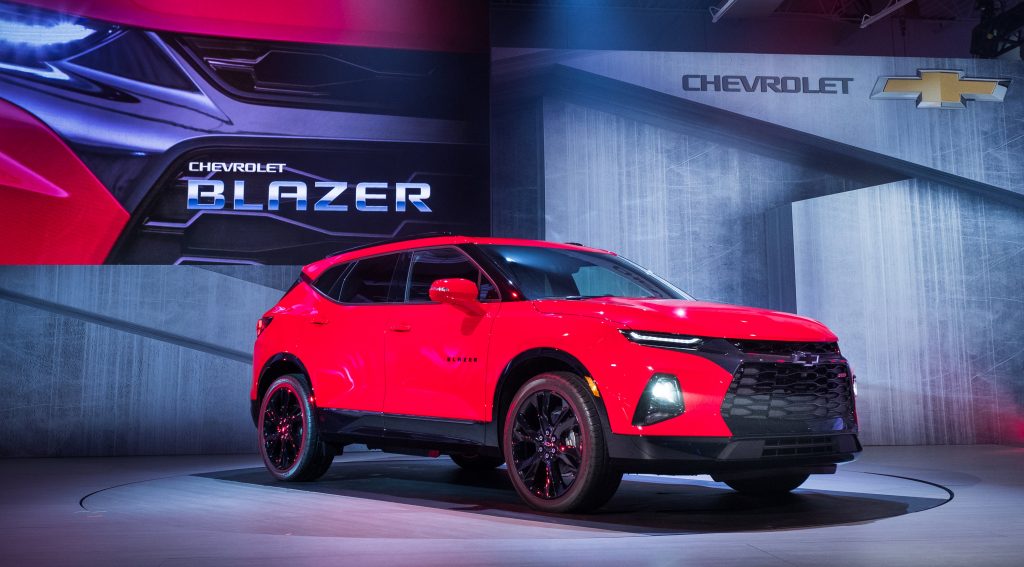 The 2019 Chevrolet Blazer midsize SUV is poised to jump to the head of its class, thanks to great looks, a roomy and comfortable five-passenger interior and good performance.

If you remember the boring old Blazer and TrailBlazer midsize SUVs, forget them now. The 2019 Blazer doesn’t share a nut or bolt with them. It’s long, elegant and surprisingly luxurious — Chevrolet’s answer to people who fear booming SUV sales will mean highways full of bland lookalikes.

The new Blazer just started showing up in dealerships, but I recently spent a couple of days driving Blazers in and around San Diego, on routes that included twisty mountain roads, steep hills, flat out highway runs and rush-hour traffic.

The Blazer’s handling and steering were responsive, making it feel like a smaller vehicle in heavy traffic. The ride is comfortable, and the cabin is quiet at highway speeds and over rough pavement.

The styling is unique, with narrow LED running lights, a sharp nose, fast windshield and roof and sculpted sides. It’s one of the few SUVs you’re likely to recognize 100 yards down the road.

Blazer prices start at $29,995 for a front-wheel drive model with a 193-horsepower 2.5-liter turbocharged four-cylinder engine. I tested a well-equipped Blazer RS, the sporty model with all-wheel drive and the optional 308-hp 3.6L V6. A smooth nine-speed automatic transmission is standard equipment.

Chevy expects the Blazer to compete in a growing new segment of high-styled five-passenger midsize SUVs. It fits in the lineup between the compact Equinox and three-row Traverse.

Blazer prices can approach those of the family-oriented Traverse, but Chevrolet doesn’t expect the two to compete based on the idea that buyers of five-seat SUVs are more interested in style than practicality.

The Blazer RS’s sporty handling and responsive handling should win over buyers who have been skeptical about switching to an SUV. It’s at least as much fun to drive as the front-wheel-drive midsize and large sedans automakers are abandoning in favor of SUVs.

The Blazer’s main competitors are likely to be the Ford Edge, Nissan Murano and Honda Passport, another old name that’s coming back attached to a new model this year.

The Blazer’s interior has the head and shoulder room of a large luxury sedan, and plenty of cargo space. The doors, dash — just about everywhere you touch — is wrapped in soft materials. Infotainment included a WiFi hotspot, wireless charging and an 8-inch touch screen.

Faster steering on the RS that less sporty models

2019 Chevrolet Blazer at a glance