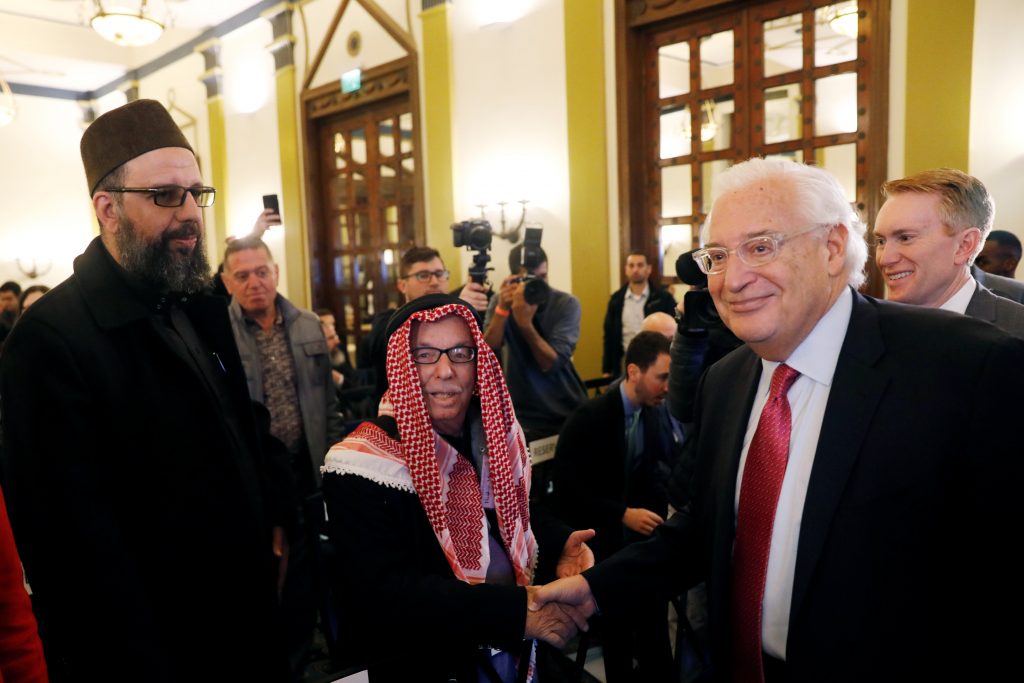 The U.S. ambassador to Israel on Thursday urged deeper business ties between Israeli and Palestinian businessmen in Yehudah and Shomron, angering Palestinian leaders.

David Friedman was speaking in Yerushalayim at a forum to encourage business links between Israeli residents of Yehudah and Shomron and Palestinians.

“There are many, many Palestinians that would like to be freed up to engage in business ventures with Israelis, and they’re entitled to that opportunity,” Friedman told Reuters at the two-day forum attended by Israeli government officials, international businessmen and a handful of Palestinians.

Friedman’s remarks were immediately attacked by Palestinian officials as encouraging Jewish activity in Yehudah and Shomron.

“This constitutes a stab in the back of the Palestinian people,” said Wasel Abu Youssef, a member of the Palestine Liberation Organization’s executive committee.

“We warn against any involvement or participation of any Palestinian in projects with settlers, or meetings called by the American ambassador.”

Many Palestinians view engagement with the settlements as “normalization,” arguing that doing business with Israelis in Yehudah and Shomron legitimizes their presence and hinders future Palestinian sovereignty.

However, thousands of Palestinians work in settlements, often in manufacturing or construction jobs which they say offer higher wages than similar jobs in Palestinian cities.

Haldun al-Husseini, a Palestinian garment manufacturer from Yerushalayim who attended the forum, says business with Israelis is key to improving the Palestinian economy, where unemployment stands at 32 percent.

“Most of my business comes from Israelis,” Husseini said. “If we don’t work together, we will not improve Palestinian lives.”