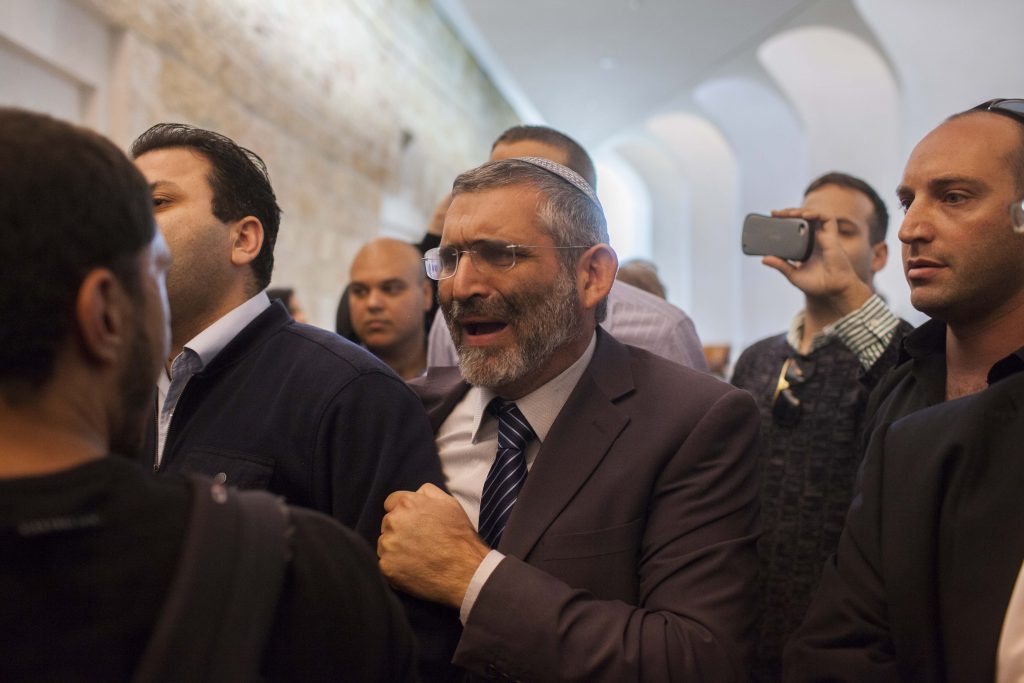 After another failed negotiating session Tuesday night, the right-wing Otzma Yehudit party said that it was prepared to accept a deal that would integrate it with the united Jewish Home/National Union list. Otzma Yehudit said in a statement that “for the sake of the Land of Israel and for the sake of the people who are calling for unity on the right, and in order to prevent the establishment of a leftist government, we have decided to accept the offer for unification with Jewish Home and National Union.”

That offer, which has been on the table for several weeks, entails Otzma Yehudit receiving the fifth and eighth slots on the united list. Otzma Yehudit had turned that deal down several times, but after late night consultations with Rabbanim close to the party who strongly urged party principals Michael Ben-Ari and Itamar Ben-Gvir to accept the deal, the two said that they would do so. Ben-Ari, a former MK for National Union, will be fifth on the list, and Ben-Gvir will be eighth.

With that, sources told Channel 20 Wednesday that the united list was not a done deal. “There is a great deal of pressure in Jewish Home not to approve this,” the sources were quoted as saying. “Not all of us are satisfied with this. The chances that it will be approved are 50/50.” Final party lists must be presented Thursday to the Central Elections Committee.

Still unattached is Eli Yishai, who has been offered the ninth slot on the list and a position as Minister without Portfolio in a government established by Binyamin Netanyahu. Polls conducted this week showed that the ninth slot on the list has a realistic possibility of entering the Knesset; a poll by the Maale organization Wednesday showed that 85 percent of individuals who consider themselves Religious Zionists believe that a sectorial party is needed to represent them, while just 15 percent said that their interests could be represented by other parties. Over 62 percent said they would vote for the united party.

National Union head MK Betzalel Smotrich congratulated Ben-Ari and Ben-Gvir for their decision. “We worked hard in order to make this union possible,” he said. With that, he told Reshet Bet in an interview Wednesday that the union was very temporary. “We are doing this just for the votes. The day after the election National Union and Jewish Home will go its own way, as will Otzma Yehudit. We are not followers of Meir Kahane, as they are,” he said.

The association of the Otzma members – with the philosophy of Kahane – bothers Meretz head Tamar Zandberg, who said in a statement Wednesday that if the deal to unify the parties is signed, she will ask the Central Election Committee to throw the list off the ballot. “It is frightening that these people are on their way to the Knesset and even more frightening that Prime Minister Netanyahu has been encouraging them to unite so that this Jewish terror group can win a Knesset seat. If the list is presented we will petition for its cancellation,” she said. As Ben-Ari is a former MK and Ben-Gvir a noted attorney who has petitioned the High Court many times, the chances of the list being banned are considered low.

Also upset at the union is Labor MK Shelly Yechimovich. “Netanyahu has crossed a line between making speeches promoting incitement, racism, and division, to a gray area where he actually gives his approval to this Kahanist, racist list that worships murderers and opposes the democratic structure of our government.”