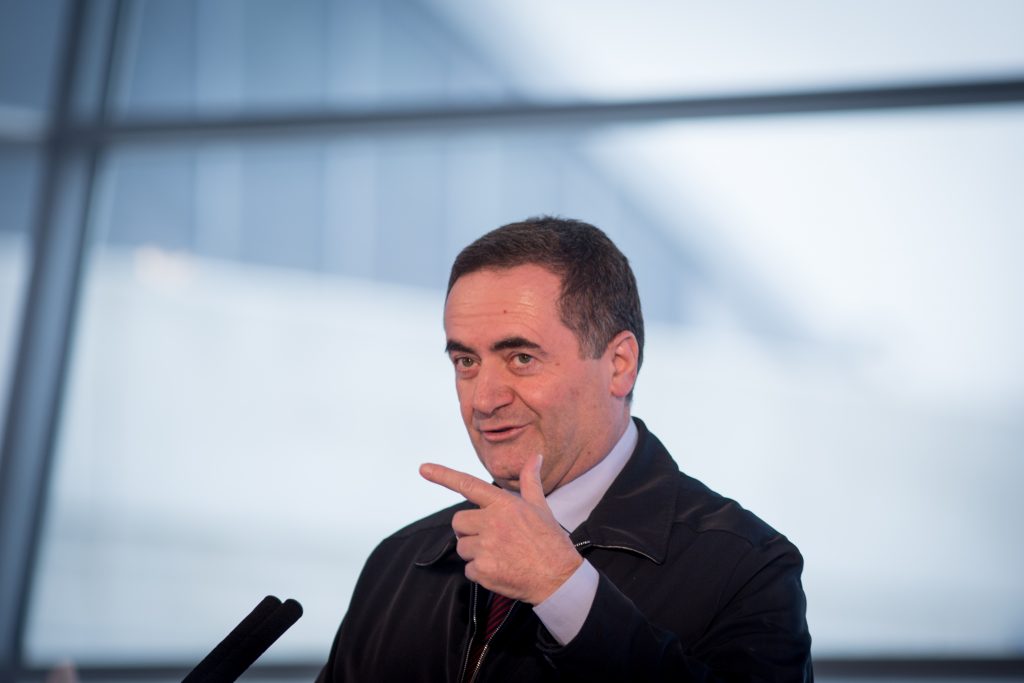 Washington’s ambassador to Warsaw on Wednesday called on Israel to apologize to Poland in a row between the two countries over the Holocaust, after acting foreign minister said “many Poles” had collaborated with the Nazis.

The row, initially sparked by media reports suggesting Prime Minister Benjamin Netanyahu accused Poles of complicity in the Holocaust, deepened on Monday after the comment by his minister Yisrael Katz, who also labeled Poles anti-Semites.

Katz’s words led Poland to pull out of a planned summit of central European states in Israel.

Mosbacher said she felt two strong allies like Israel and Poland “shouldn’t be using that kind of rhetoric. We are too important to each other not to work these things out.”

Poland was home to one of the largest Jewish communities before World War II, but more than 3 million Polish Jews were killed in the Holocaust.

Many Poles still refuse to accept research showing thousands participated in the Holocaust in addition to the thousands who risked their lives to help the Jews.

Netanyahu, whose office said his initial comments had been misinterpreted, has faced criticism in Israel over what some see as a bid to win allies in central Europe at the expense of revising Holocaust history and whitewashing anti-Semitism.

He had also hoped the Visegrad summit that was boycotted by Poland would burnish his diplomatic credentials as the election campaign picks up.

Netanyahu’s office said in a statement that the prime minister, who was in Warsaw for a U.S.-sponsored Middle East conference, had been misquoted by The Jerusalem Post, which issued a corrected story.

Deputy Foreign Minister Tzipi Hotovely said on Wednesday there were Poles who cooperated with the Nazis and Poles who saved Jews.

“The entire Polish nation cannot be blamed for the Holocaust,” she said in an interview with Reshet Beit Radio. “Poland is one of the friendliest countries to Israel… The understandings between us and Poland still stand.”