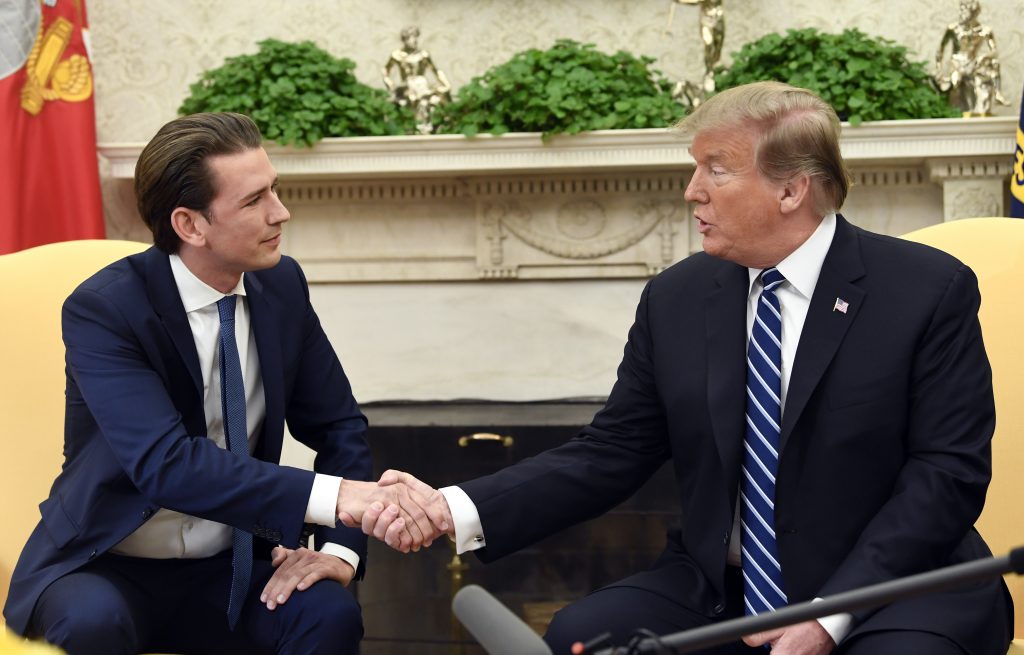 President Donald Trump says tariffs on imported vehicles from Europe are something “we certainly think about” and a final decision depends on the United States and the European Union reaching a trade deal.

Trump was asked about the prospect for tariffs on auto imports before a meeting Wednesday with Austrian Chancellor Sebastian Kurz.

Trump says the two countries have a “great trade relationship” but complained about the U.S. running a trade deficit with the EU.

The Commerce Department has investigated whether imported vehicles and parts pose a threat to national security. The president could impose tariffs if the department concludes they are such a threat.

Trump says the EU is “very tough to make a deal with” and adds, “If we don’t do the deal, we’ll do the tariffs.”