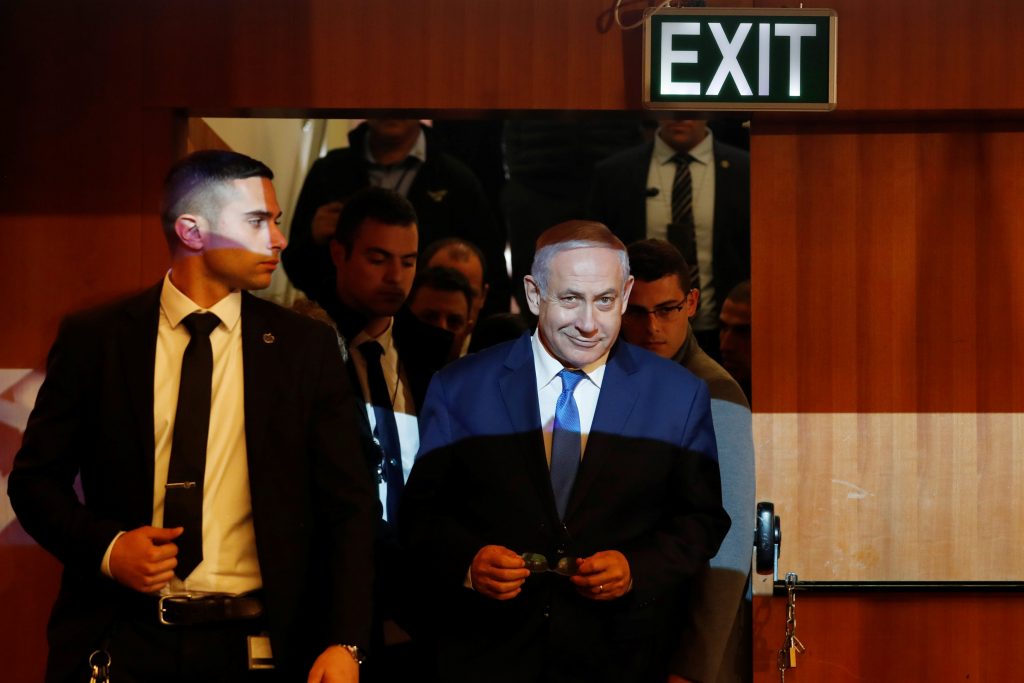 As the Jewish Home party stands on the verge of finalizing a deal for a combined election run with Otzma Yehudit, Prime Minister Binyamin Netanyahu reportedly offered two ministerial posts to go through with it.

Jewish Home officials told Channel 13 the portfolios on the table were the housing and education ministries, and that the prime minister also promised them two seats in the high-level security cabinet.

Netanyahu also offered the parties the number 28 spot on its Knesset list if they would form a unity slate, according to a statement from Likud.

There was also a pact that during the election campaign the parties would not attack each other but would act in accord to achieve a right-wing victory.

Distaste for Otzma Yehudit’s extremist views were said to be keeping Jewish Home and National Union leaders from signing on. But as of Wednesday’s meeting with Netanyahu, Jewish Home leader Rabbi Rafi Peretz agreed to the PM’s offer.

Rabbi Peretz stated that “the preachers of the left cannot be crowned as leaders of the state. At the end of the process everyone will see that we were right. I will make a decision during the day and request the approval of the party’s central committee for the agreement.”

The arithmetic, based on the ever-shifting data, gives the right-center coalition (Likud, Kulanu, Jewish Home, New Right, Shas, UTJ) only 59 seats, short of the 61 needed to make a majority in the Knesset and form a government.

Yesh Atid would gain two mandates if new elections were held today, the poll finds, rising from 11 to 13 mandates, according the poll sponsored by Walla news.

The poll was conducted prior to Wednesday’s announcement that Otzma Yehudit accepted the Jewish Home’s offer for a joint ticket.

According to the poll, Otzma would receive 2.8 percent of the vote, but fail to cross the threshold on its own.