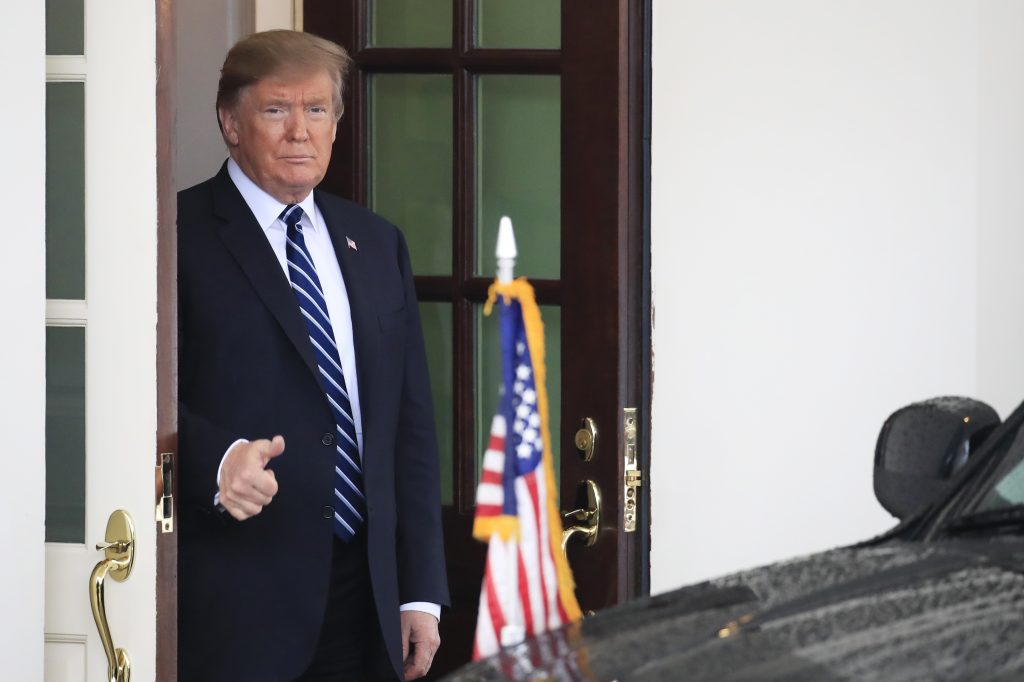 House Democrats will file a resolution Friday aimed at blocking the national emergency declaration that President Donald Trump has issued to help finance his wall along the Southwest border, teeing up a clash over billions of dollars, immigration policy and the Constitution’s separation of powers.

That could set up a vote by the full House by mid-March, if not sooner. The battle is over a declaration that Trump, whose border wall was the most visible trademark of his presidential campaign, is using to try spending billions of dollars beyond what Congress has authorized to start building border barriers.

Passage by the Democratic-run House seems likely. The measure would then move to the Republican-controlled Senate, where there may be enough GOP defections for approval.

Trump has promised to veto the measure. It seems unlikely Congress could muster the two-thirds majorities in each chamber needed to override a veto.

Aides to Rep. Joaquin Castro (D-Texas) were circulating a letter Wednesday to other congressional offices seeking additional co-sponsors to his one-page resolution. “We are planning to introduce it on Friday morning,” said the letter, which was obtained by The Associated Press.

Besides signing the bill, Trump also declared a national emergency that he says gives him access to an additional $6.6 billion that would be taken from a federal asset forfeiture fund, Defense Department anti-drug efforts and military construction projects.

Democrats and some Republicans say there is no emergency at the border and say Trump is improperly declaring one to work around Congress’ rejection of the higher amounts.

The plan for introducing the resolution was initially described by officials at three progressive groups who heard of them from congressional aides but were not authorized to discuss the plans privately.