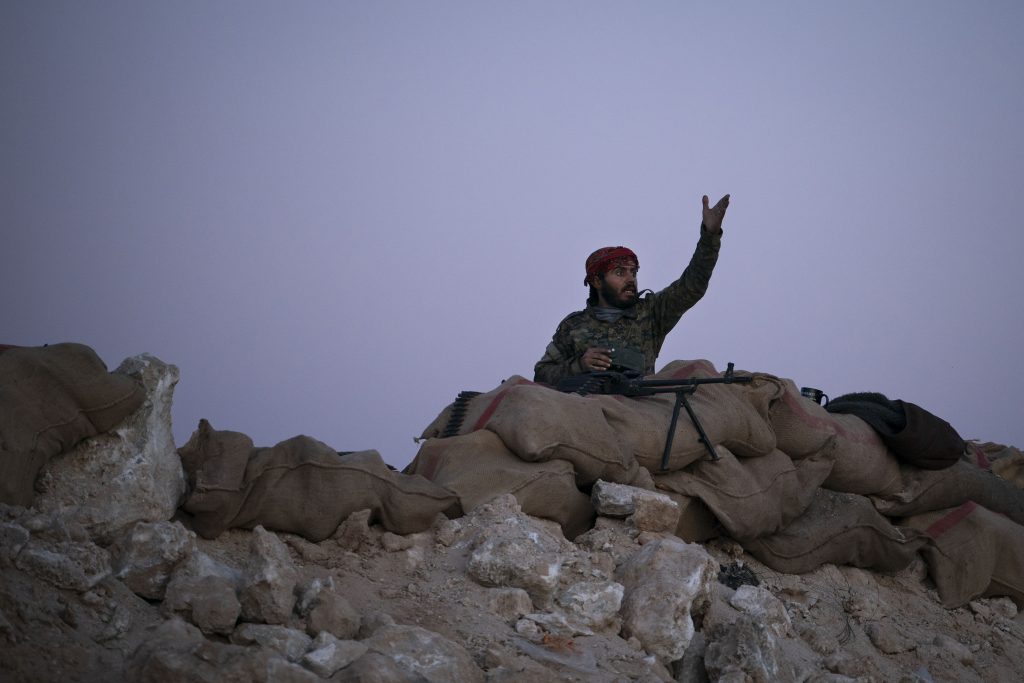 A convoy of trucks carrying civilians has left the last enclave held by Islamic State militants in eastern Syria.

An Associated Press team said that at least eight trucks emerged Wednesday from the tip of a humanitarian corridor used in past weeks to evacuate people from the terrorists’ last patch of territory along the Euphrates River.

Women, children and men could be seen aboard the trucks.

Mustafa Bali, a spokesman for the Syrian Democratic Forces, the U.S.-backed militia spearheading the fight against IS in Syria, confirmed the trucks were carrying civilians from the enclave.

It was not immediately clear if terrorists were also on board the trucks. Around 300 terrorists are believed to be holed up in the enclave, along with several hundred civilians.