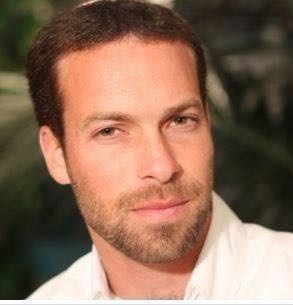 Attorneys for the family of the murdered Eliav Gelman Hyd on Wednesday said that a sentence of 30 years in prison for terrorist Madoch Yussuf Muhammad Amaro was insufficient – and that justice would not be done in the case until there was a retrial and Amaro was convicted of murder, and preferably sentenced to the death penalty.

The sentence was handed down in a military court three years to the day of the murder of Gelman at a bus stop in Gush Etzion. Gelman, 30, of the town of Carmei Tzur, was killed hitchhiking at the Gush Etzion Junction on February 24, 2016 – Rosh Chodesh Adar. He was waiting for a ride home after serving several days of reserve duty. Amaro rushed at Gelman, flailing a knife. He managed to pull out his weapon and shot at the terrorist, while soldiers who were in the area fired at Amaro as well. However, they hit Gelman as well – and the soldier later passed away from chest wounds due to the bullet that hit him.

As such, Amaro did not technically murder Gelman, the court ruled at his trial las year, although prosecutors argued that the entire reason shots were fired was because the terrorist was in the act of attempting to murder the victim. In their decision, the judges said that there was no way to know if Amaro had actually planned to murder Gelman; perhaps he had wanted just to injure him. Without knowing his state of mind, he could not be convicted of murder, they said.

Two of the three judges on the military court panel voted to convict Amaro of manslaughter, while one voted to convict him of intentionally causing the death of someone, a charge that carries penalties that are the same as murder. The prosecution said it would challenge the ruling.

In protest over the manslaughter decision, the Gelman family boycotted the sentencing proceedings Wednesday. In a statement, Honenu attorney Chaim Bleicher, who is representing the family, said that while the sentence appeared harsh, it was insufficient. “A sentence of 30 years for a manslaughter charge is certainly unusually harsh, but the sentence does not reflect the severity of the action,” he said in a statement. “This is a case of murder without any doubt. We hope the appeals court will correct this conviction and in the end the terrorist will be charged with murder, and receive a sentence of life in prison without parole, as he deserves.”

The family said in a statement that “we see any aspect of a criminal trial in relation to terrorist acts as providing support to terrorists, and impeding efforts to prevent terror. The problem begins with the way the legal system considers terror acts as criminal cases, through the lack of deterrence and the way the terrorists are treated in prison. We hope that efforts by the military prosecution to appeal this conviction succeed. We appreciate the efforts of the IDF to fight terror,” the family said.

The conviction of Amaro on manslaughter charges set off angry reactions among many, including Avigdor Liberman, Defense Minister at the time, who said that the decision “made no sense. I am sure that in the end,” upon appeal that the decision would be updated to convict Amaro of murder. “Any terrorist who runs at a soldier or civilians brandishing a knife is clearly trying to murder them, and must be convicted of such charges. This decision is illogical, and I am sure it will be overturned in the end,” he added.