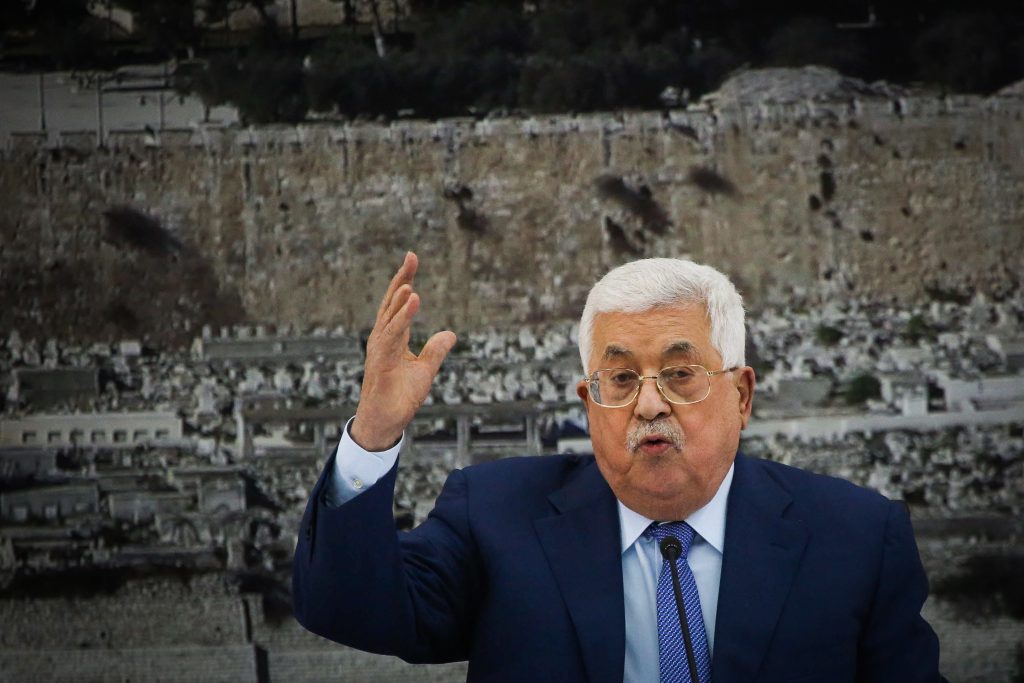 Palestinian Authority President Mahmoud Abbas says he will not accept a monthly tax transfer from Israel if it carries out its decision to deduct amounts the Palestinians pay to the families of terrorists imprisoned in Israel and those killed in carrying out terror attacks on Israelis.

Abbas on Wednesday accused Israel of trying to put political pressure on him and violating longstanding economic agreements. He said it would be the “final nail in the coffin” of those agreements and said he would not accept the funds if even “one penny” is deducted.

The monthly tax transfers cover about two-thirds of the Palestinian budget. Without those funds, Abbas’ autonomy government will fall into a crisis and not be able to pay full salaries to its tens of thousands of employees.

Israeli officials justify the security cabinet’s decision to hold back the funds, arguing that the PA’s payments incentivize violence and terrorism.

The amount in question is $138 million out of a total $222 million, according to estimates.