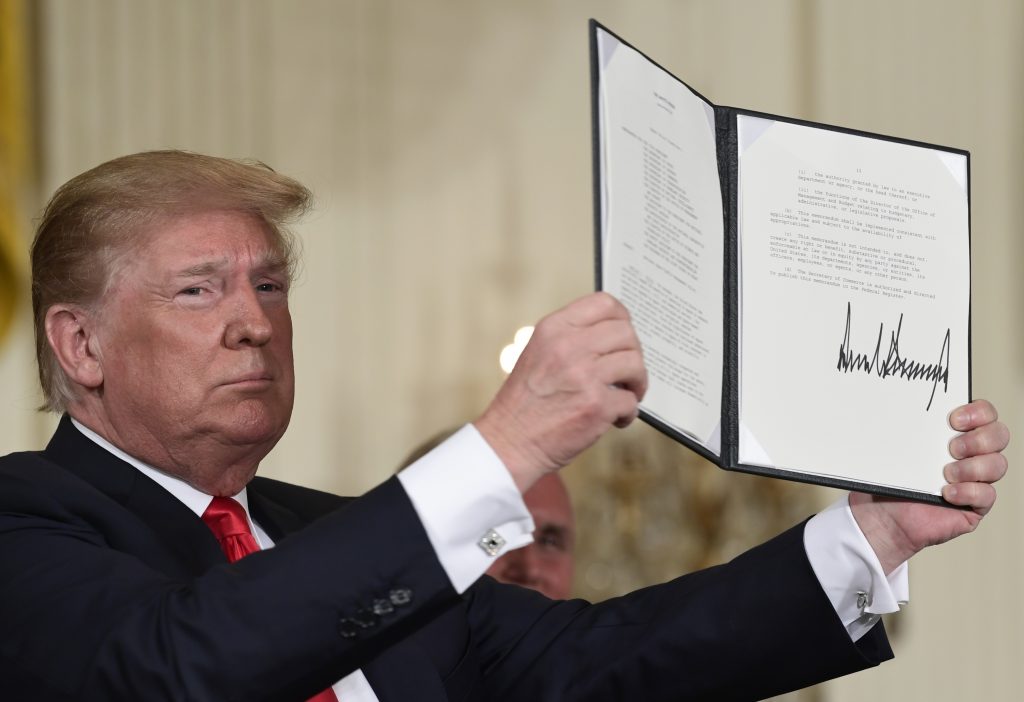 President Donald Trump signed a policy directive Tuesday that laid out a framework for the Space Force he has long sought, but fell short of the vision he initially laid out for a new service that is “separate but equal” with the Air Force.

The directive would place the Space Force under the control of the Air Force Department in similar fashion to how the Navy Department oversees the Marine Corps, and marks a partial win for senior Air Force officials. They have argued that creating a separate military department – as President Trump stated he wants – would create unnecessary Pentagon bureaucracy.

The plan, which requires congressional approval, would mark the first time that the U.S. government has established a new military branch since the passage of the National Security Act of 1947 created the Air Force in the wake of World War II. The administration could still press for a full Space Force Department in the future, but it remains unclear if or when that will happen.

The move appears to mark a rhetorical and political compromise: While the Trump administration will continue to call the new service the Space Force, it will more closely resemble a previous proposal on Capitol Hill for a smaller Space Corps that does not have a new, separate service secretary appointed by the president. Like the Marine Corps, it will be led by a four-star general who takes a new seat among the Joint Chiefs of Staff, the Pentagon’s top officers.

Gen. David L. Goldfein, the chief of staff of the Air Force, said Tuesday morning that U.S. officials examined options ranging from the creation of a full space department that would have had its own service secretary to something akin to the Medical Corps, a part of the U.S. Army comprising medical professionals in uniform.

“We wanted a robust debate, as you would imagine, on where was the right place to land that aligns with the president’s direction, and what’s going to roll out today is a service within the Department of the Air Force,” Goldfein said during a public appearance at the Brookings Institution in Washington.

Shanahan was expected to sign a memo directing Wilson to establish a team to finalize details about the Pentagon’s space plan, Defense One reported last week, citing a draft memo. The Pentagon also will create a Space Force undersecretary who reports to Wilson and a four-star vice chief of staff, who reports to the Space Force service chief, the report said.

President Trump also will create a new position: chief of U.S. Space Command. The four-star officer’s position was created by the president in an order in December, and will oversee the U.S. military’s operations in space, which are presently focused primarily on communications, surveillance and defending American satellites from threats posed both by the elements and adversaries like Russia and China.

“I think the fact that we’re having a national debate on space is really healthy. Really healthy,” Goldfein said. “… We’re the best in the world at space, and our adversaries know it, and they’ve been studying us and investing in ways to take away that capability in crisis or conflict. That, to me, is the problem statement, and we as a nation cannot let that happen.”